Hi! I have two fun cards today! I did a little partial die cutting with a twist! These cards open upside down! How fun! I used the LDRS Creative Crazy for Daisies stamp set and some new Hybrid Inks from the Spring 2020 Collection! 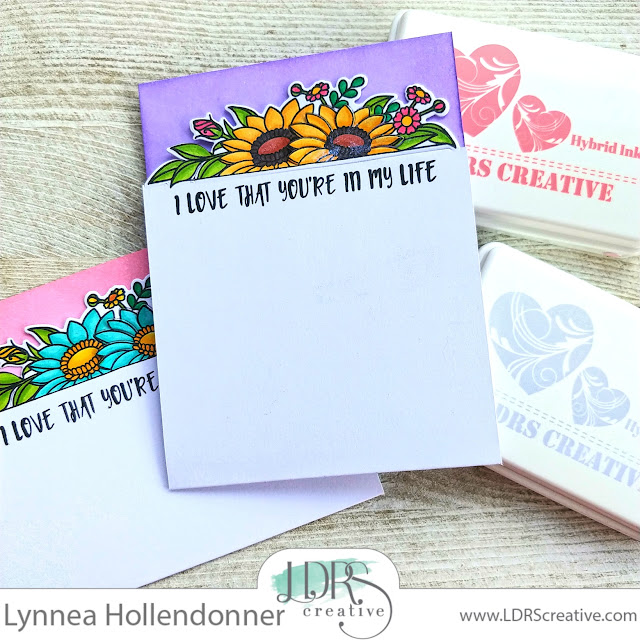 These cards aren't folded any differently than a standard card, but I'm going to call them a fun fold anyway because they open upside down! And that's fun! Haha! 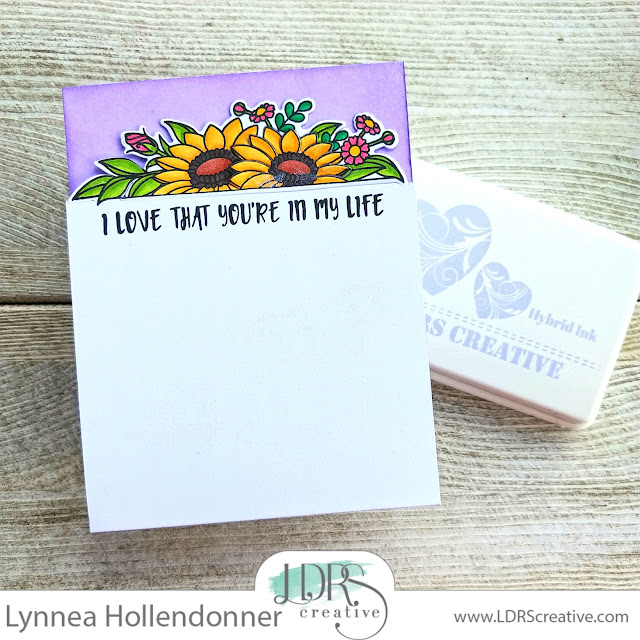 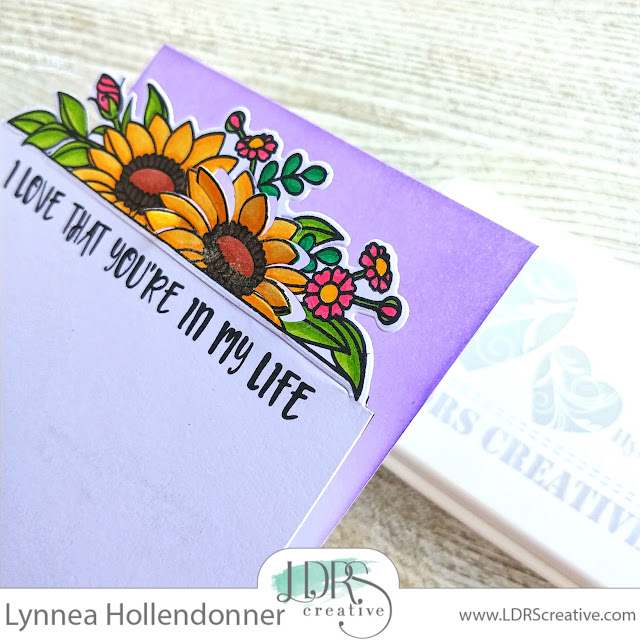 I colored in both of the cards with alcohol markers with simple shading. The Crazy for Daisies coordinating die set is one of the Petal Pusher die sets from LDRS Creative. The die for this image not only cuts around the floral arrangement but also cuts out portions of the inside of the floral arrangement and pushes them up. So cool! I'm going to use the die to partially cut out the image and give it a little extra pizzaz! I lined up the die around the image and temporarily taped it to the card. I don't want to cut out the full image, only the "fancy" side of the flowers - not the flat edge. I opened the card and placed it onto my die cutting platform. Instead of placing my top plate over the whole die and image I placed it only on the portion I wanted to cut - everything except the straight edge of the die. This is best demonstrated in my video above. It's actually quite straight forward, but hard to explain in writing. 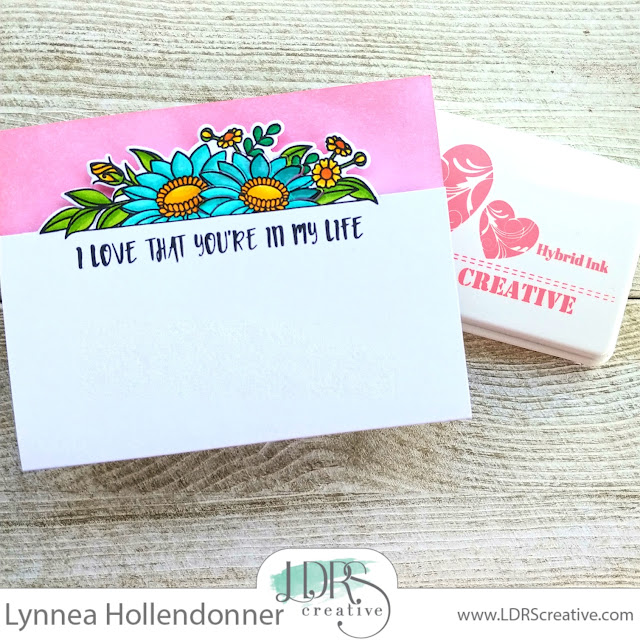 I repeated the process with the second card - positioning the die over the image, placing the top cutting plate only over the "fancy" edge of the die, and opening my card before cutting. Now only the fancy floral edge of the Crazy for Daisies stamp cuts as well as the inner popped up petals. I used scissors to easily snip away the remaining edge of the card so that you could peek through the front of the card to the inside. Since you could see the inside of the card I thought it would be pretty to have some color show through! I decided to use two new colors of LDRS Creative Hybrid Inks and blend them onto the inside of the cards. I used Soft Kisses on the card with the blue flowers and Fairie Dust on the card with the yellow flowers. I kept the ink darker on the edges and faded it towards the inside. 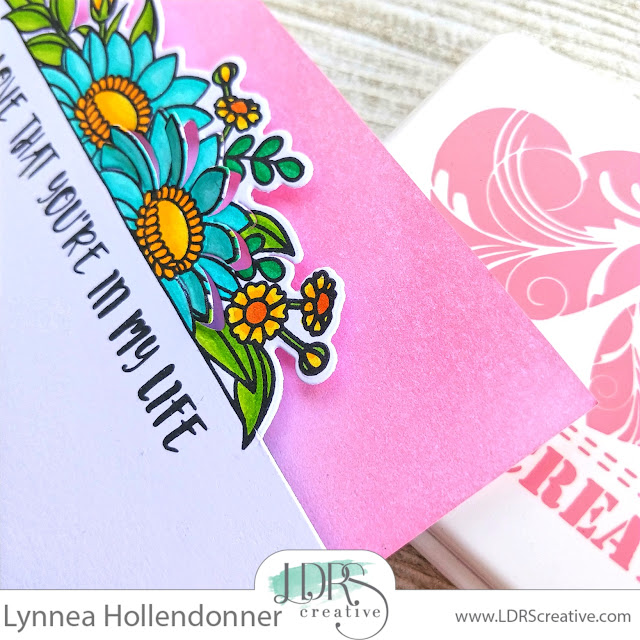 I used Raven Hybrid Ink to stamp a sentiment from the Crazy for Daisies stamp set beneath the floral border on each card. And that's it! These cards open with the fold at the bottom of the card instead of the top or the side and I just think that's super fun! Mix that with the partial die cutting and the Petal Pusher element and these are just the greatest duo of cards!
Posted by Lynnea Hollendonner at 8:00 AM