Hello! I have an easy one layer stenciled card using the Window Maker Stencil from Simon Hurley Create. today. This stencil makes it so easy to build quick little window scenes! And it will be available in February! 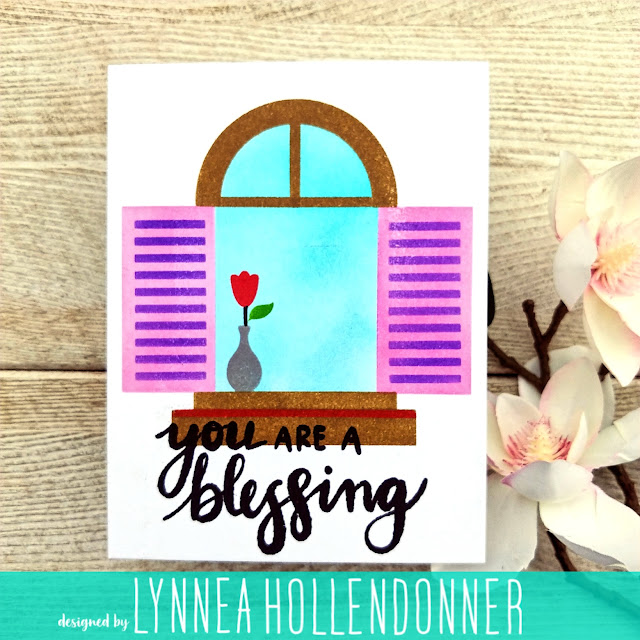 The Window Maker Stencil is part of the Simon Hurley Create. product line that was revealed at Creativation. It pairs perfectly with line of Simon Hurley Create. dye inks, too! I sprayed the back of the stencil with Pixie Spray and centered the main window part of the stencil on a piece of Stark White Cardstock and started blending away! i used Clear Skies for the window, Grrr! for the window panes, and Triple Berry and Crown Me for the shutters. I added in some Bee Sting as a shadow on the window pane and tulip and some Later Gator for the leaf and Woof! for the flower vase. The Pixie Spray helped me keep the stencil in place and some Purple Tape to mask off the areas of the stencil I didn't want to ink. 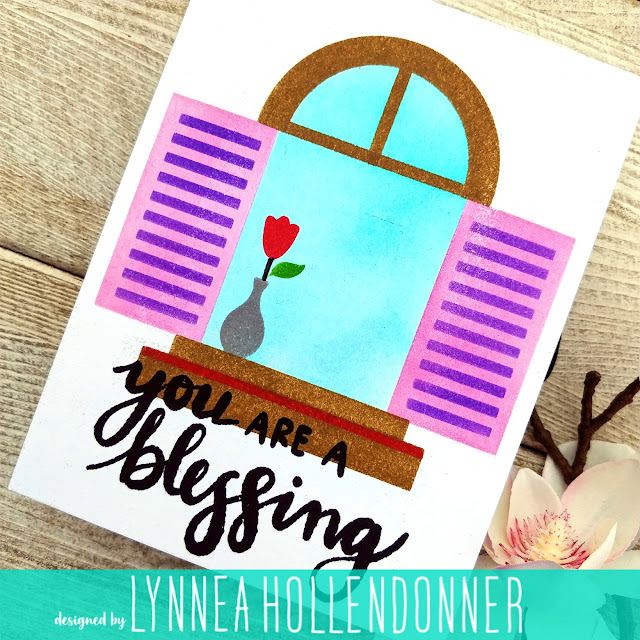 I stamped a sentiment from the new Encouraging Words stamp set at the bottom of my card with black ink. This stamp set is full of amazing sentiments! It's also part of the new release available in February! I added my panel on top of an A2 card base made from Stark White Cardstock. I didn't add any embellishments, but you definitely could! 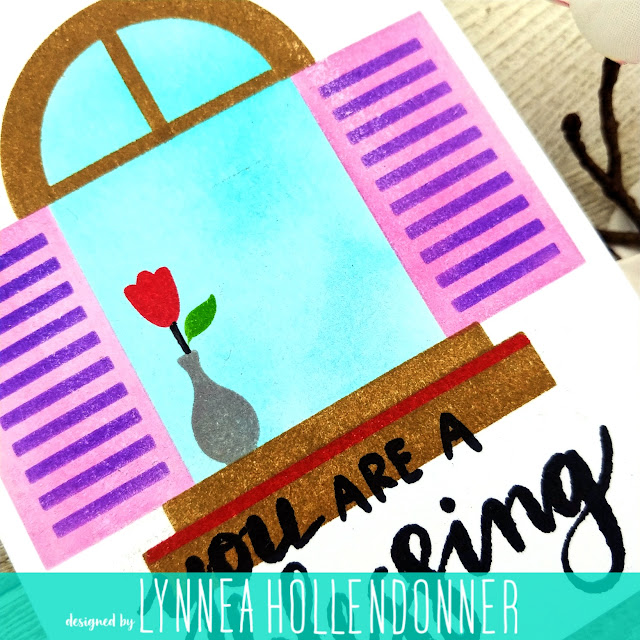 I hope you've enjoyed this look at some of the new products from Simon Hurley Create.! See you soon!
Posted by Lynnea Hollendonner at 8:00 AM