Hey, everyone! Simon Hurley Create. just revealed a BUNCH of new products today! These products are a great addition to his line and will be available in February! Get excited! There are new stamps, stencils, and SIX new ink colors!! Sit back and relax! I have a few cards to share using some of my favorites! 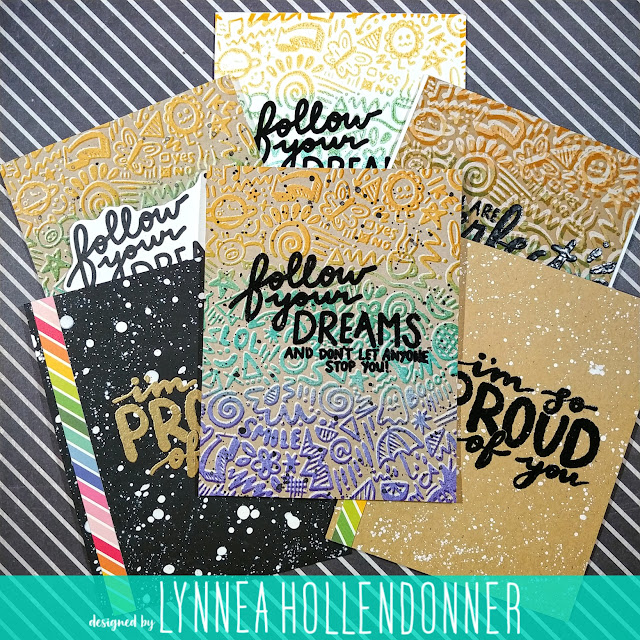 I share a few examples in this video, but my tutorial is what I call offset stamping. This is definitely not a new technique, but it's the first time I've tried it. It gives awesome depth and dimension to a one layer background and you can do it with just about any stamp you have! I used the new School Scribbles Background Stamp (part of Simon's new release available in February) and a few of his new inks!

It's best to use a MISTI or some other stamping tool for this technique. I first stamped the School Scribbles Background Stamp with white pigment ink onto kraft cardstock and used a heat tool to completely dry the background. I put my background piece back into my MISTI and moved it so so slightly up and left so that I could stamp the same background but slightly offset. I inked up the stamp with three of Simon's new inks (available in February) - Guppy, Tropical Tango, and Crown Me. I overlapped the inks to make sure they created new colors in the middle. 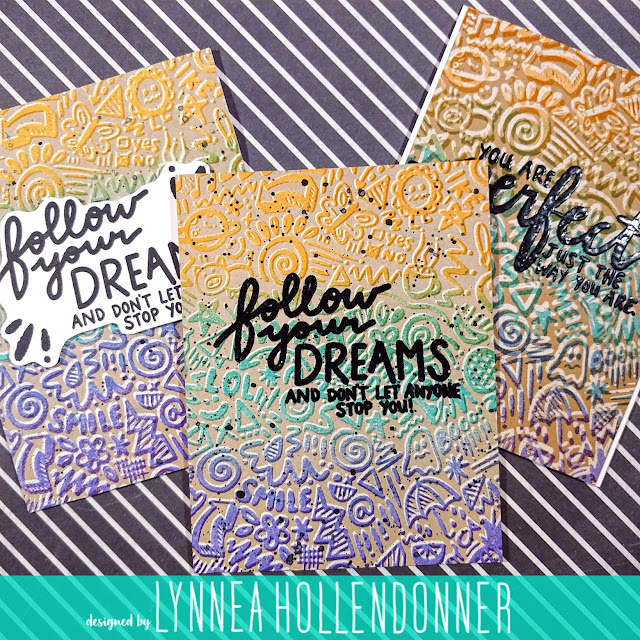 I added some black spatters to the background and stamped a sentiment from the new Encouraging Words stamp set in the center of my background. I won't lie ... I filmed this video three times trying to get my background right! The first time I was way off on the second stamping! You really only need to slide your cardstock background the teeniest tiniest bit to get this look! 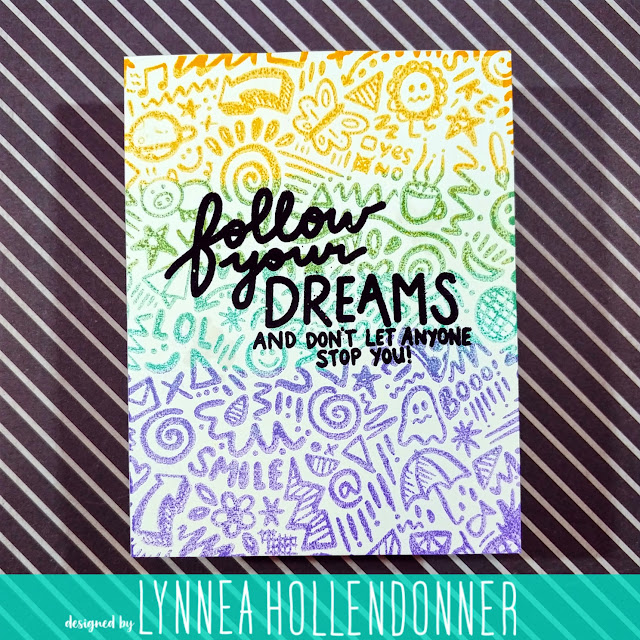 I kept playing! I had a bunch of ink left on my background stamp and so I decided to use it and stamp another background. This gives me a second generation stamping. The ink is lighter and splotchier than it is at full strength, but I like it! 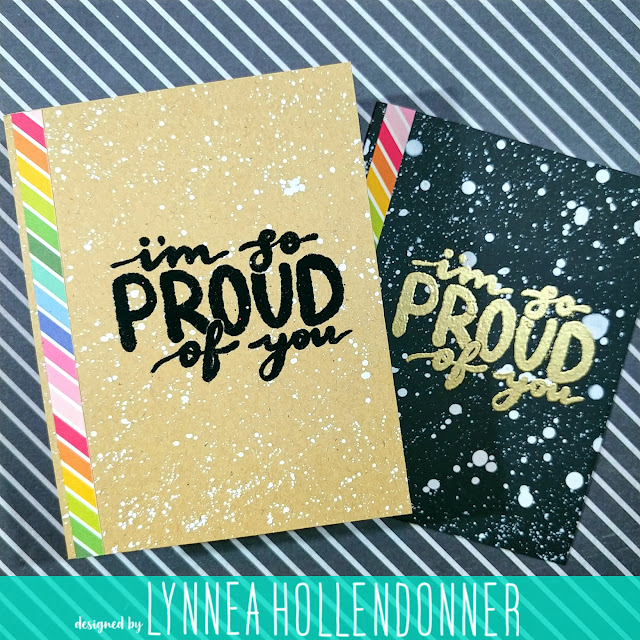 I bought a new white paint to use for spatters and I had been playing around with some backgrounds. Whenever I do this I keep the pieces in a basket next to my desk so I can pull them out and have a ready to go background. I wanted to play around with some of the sentiments in the Encouraging Words stamp set, so I stamped and heat embossed a couple of backgrounds. And just like that I had a bunch of cards using the new Simon Hurley Create. stamps and inks! Keep your eyes peeled! You'll be able to get your hands on them in February!

Posted by Lynnea Hollendonner at 1:19 PM