If You Can Dream It

Hello! Today I'm using the Don't Believe in Humans stamp set from Beth Duff Designs. When I saw the little piggy in this set I thought of her putting on her unicorn unitard and saving the world! I made a video tutorial for this card, so be sure to scroll to the bottom to watch! 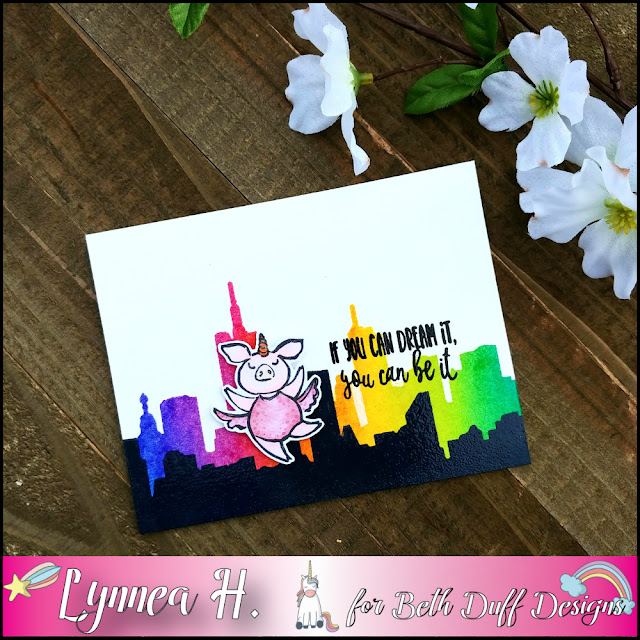 I used the City Scene stencil from Altenew at the bottom of a piece of watercolor cardstock and blended on a rainbow of Distress Inks - Picked Raspberry, Spiced Marmalade, Squeezed Lemonade, Twisted Citron, Mermaid Lagoon, and Wilted Violet. Then I flipped over the stencil to the other side and blended on some Black Soot Distress Oxide ink to create a silhouette. It's not shown in the video - but I added some clear embossing powder over the the whole blended scene and the sentiment. It's something I do often so that I don't make smudges! 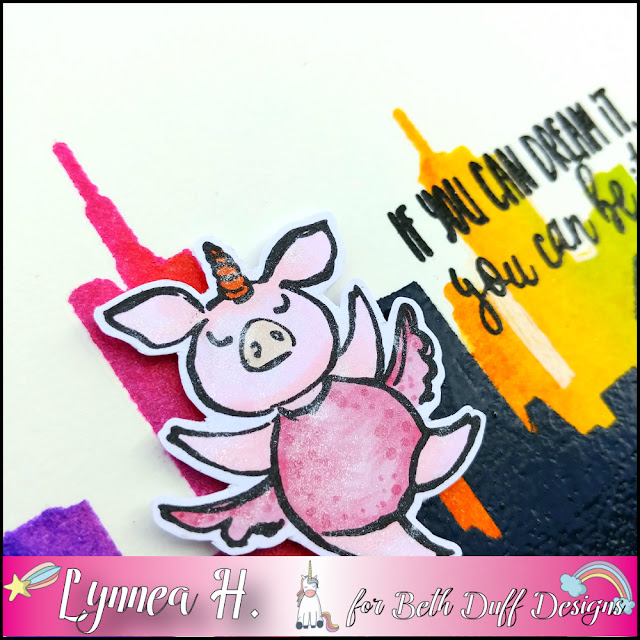 I added her to the scene and covered her with Spectrum Noir clear glitter pen. Check out the video below!

Posted by Lynnea Hollendonner at 12:00 PM