Hello, hello! This month the LDRS Creative team is inspires you using dies and stencils to create scenes! I made the cutest little veggie farm scene! 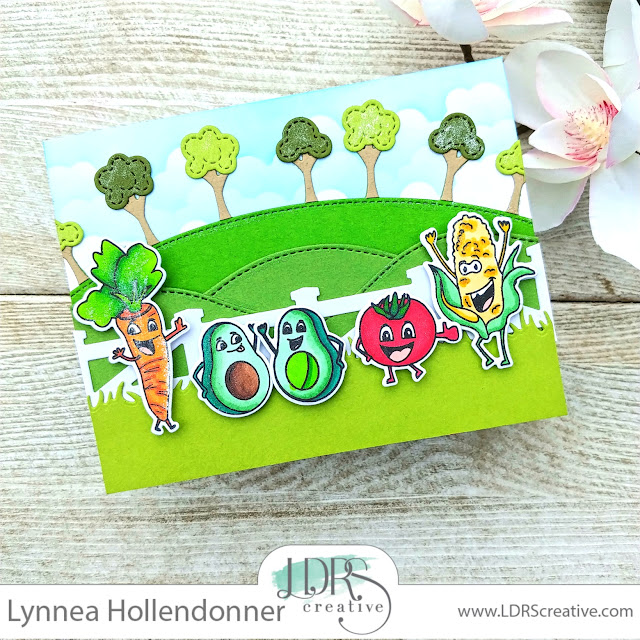 I did something I don't usually do - a LOT of die cutting!! Scene cards are intimidating to me, so I decided to use up some of my solid colored cardstock and create a simple scene. I started by blending some subtle clouds into the background. It's SUPER light and mostly covered, but I like to add little details to a scene card so a few clouds go a long way! I used Marina Madness Hybrid Ink and the puffy cloud border at the top of the Rainy Day Stencil to create my cloudy background. 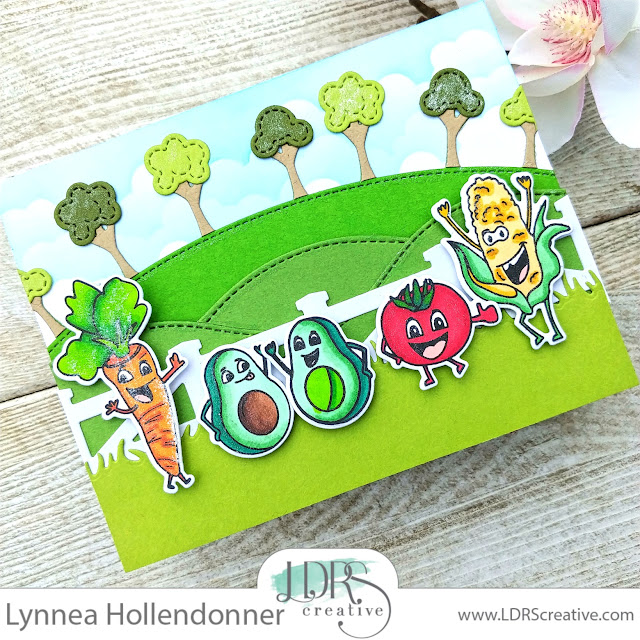 I've had the amazing Up a Tree die in my stash for a long time, but I've only used it once! What a crime!! And can you believe the last time I used it I created a Halloween card?! This die is SO versatile! You could use it for fall, winter, spring, or summer! I did a little bit of creative cutting because the die cuts the hill and the trunks of the trees at once. I wanted to make the hill green and the tree trunks brown, so I die cut the Up a Tree die twice - once from green and once from kraft. I cut off the tree trunks from the hill on the kraft cardstock and glued them on top of the green trees. Voila! I die cut the leaves for the trees from two colors of green cardstock and alternated them when gluing them onto the tree trunks. 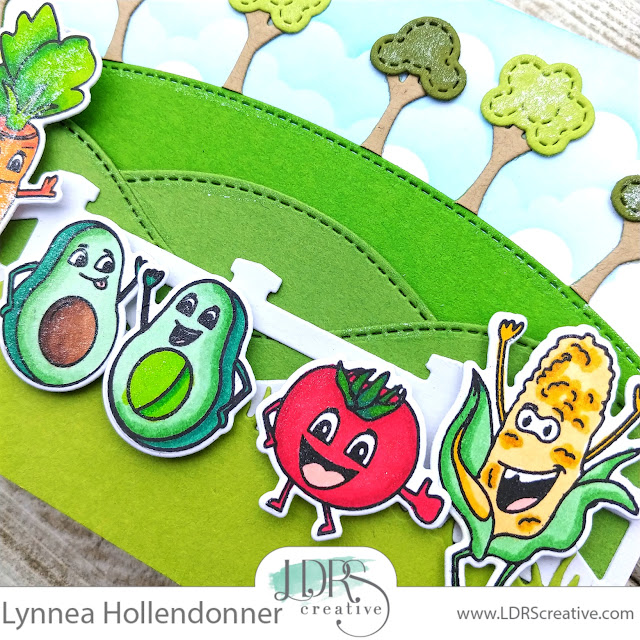 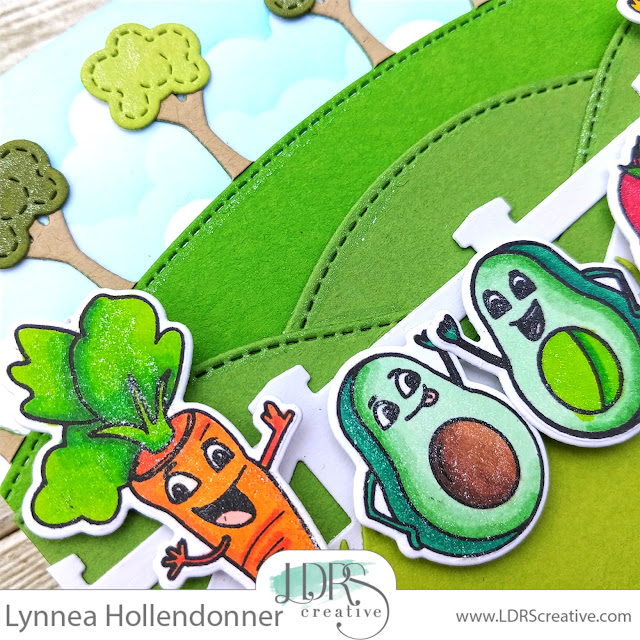 Now it's time for some cute little veggies to complete my scene! I used Raven Hybrid Ink to stamp a collection of veggies from the Veggie Pals stamp set and colored them with alcohol markers. Then I die cut them with the coordinating Veggie Pals die set. I arranged them in front of the white fence with foam squares and added some shimmer pen to each veggie as well as the trees and the stitched details at the tops of the hills. 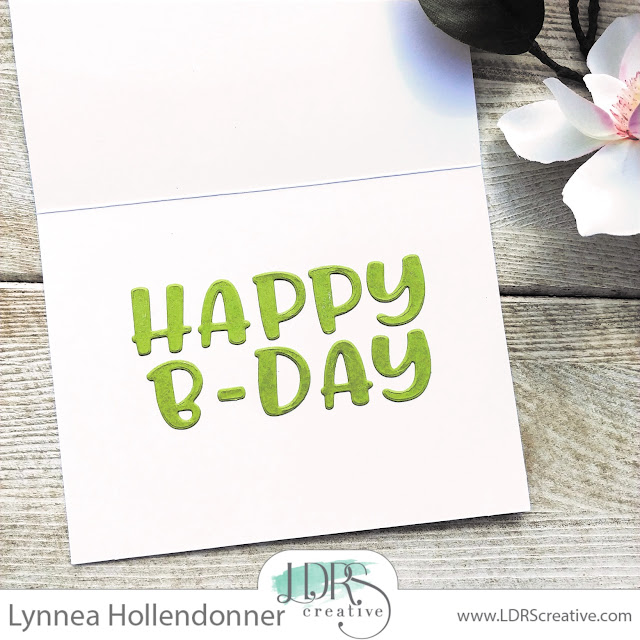 Let's be honest. I forgot a sentiment. Oops! I do this more times than I'd like to admit! I finish a card and realize I forgot a sentiment and there isn't a perfect place to add one. No problem! I die cut the Happy B-Day Die from green cardstock and added it to the inside of my card. Now I have a sentiment and a pretty inside! And that's all! I'll be back tomorrow with some more scene inspiration from LDRS Creative!
Posted by Lynnea Hollendonner at 8:00 AM