It's so crazy that it's the end of April already! But that means it's time for a new release from Kindred Stamps! Hooray! I'm using the Seas the Day stamp set to create a fun slimline card.

The entire Kindred Stamps April release will be available Friday, April 24 at 8am PST/11am EST. Be sure to subscribe to the Kindred Stamps blog to see a daily line up of sneak peeks from our amazing Design Team and see the full product release on Friday! Come join the Fan Club and release event to be part of the release fun, and you may just win some Kindred Stamps credit!! 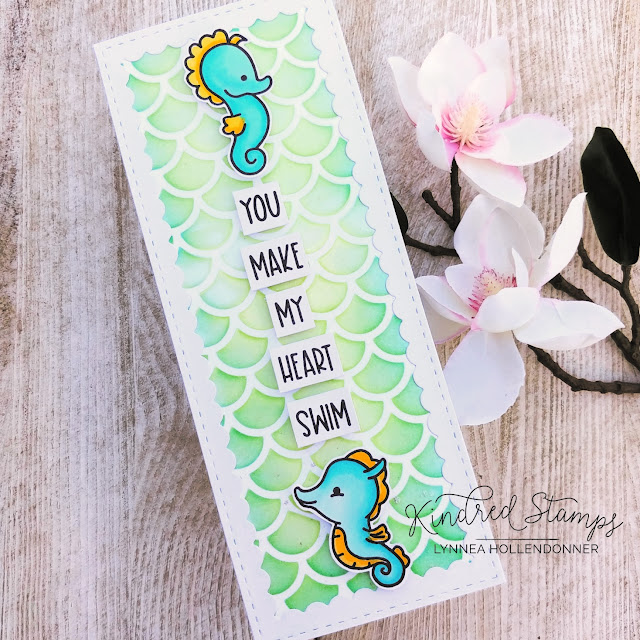 Slimline cards are all the rage right now and I've willingly jumped on the bandwagon! It's so unexpected and really doesn't require any extra work as it's still just a simple single score line card. I know there are many different dimensions for slimline cards floating around out there, but I made my card 3.25 x 8.25". 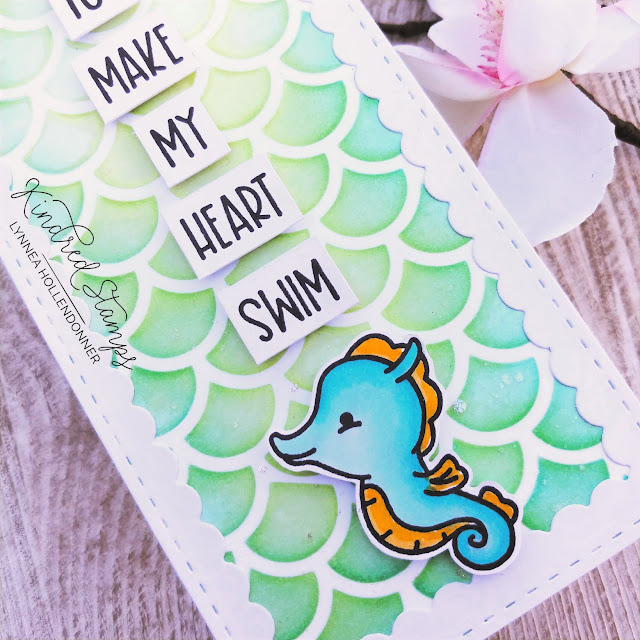 I wanted to start with a stenciled background ... because it's me! Haha! I feel like I'm always starting with stencils, but come on! You can't go wrong! I used the Mermaid Scales stencil from Kindred Stamps, sprayed the back with Pixie Spray, and positioned it at the bottom of my card (but you could start at the top. It doesn't matter in the least). I blended two colors of ink - Pistachios-A-Plenty all over the stencil and Marina Madness on the edges. This gives me a lot of dimension and adds interest to the background. And I love how the inks layered together! After the bottom portion of my card was inked I removed the Mermaid Scales stencil, shifted it up, and inked the top in the same way. For a touch of shimmer I added some flicks of Liquid Pixie Dust all over my background. 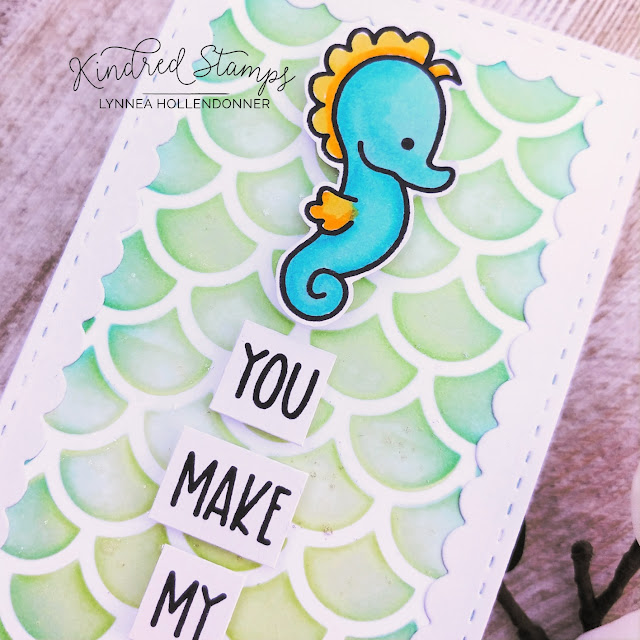 I stamped both seahorses from the Seas the Day stamp set and the sentiment with some Detail Hybrid Ink and colored them with Spectrum Noir Triblend Markers. These images are super easy to cut out and I trimmed them quickly with scissors. I also trimmed in between each word in the sentiment so that I could stack the sentiment to fill my slimline card. I added the seahorses and the sentiment pieces to the center of the card with foam tape and I added a die cut Slimline Scallop Die to finish off the card. 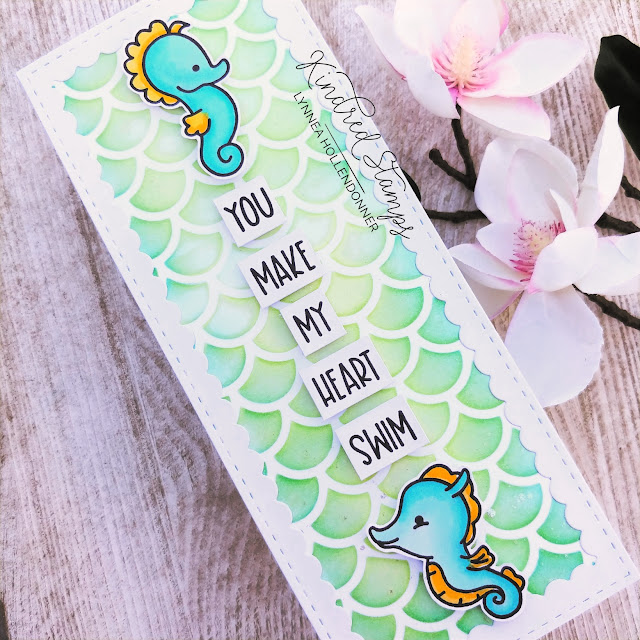 I think this card is super cute! And gives me all kinds of oceany feels! The Seas the Day stamp set as well as the rest of the April Release from Kindred Stamps will be available Friday, April 24th at 8am CST! Yay!!
Posted by Lynnea Hollendonner at 11:49 PM