Summer is right around the corner! And hopefully that means you're going to pull out your grill and make something yummmyyyyy!! I'm using the Kindred Stamps Wacky Holiday National BBQ Day stamp set and making a simple little scene! 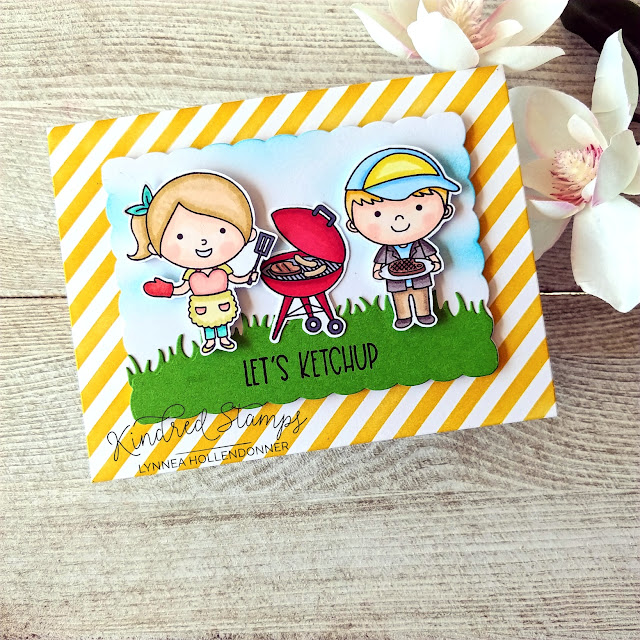 I wanted to have a striped background, so I grabbed one of my most used Kindred Stamps stencils - the Candy Cane Stencil! Who says candy cane stripes are only for the Holidays?! I sprayed the back of the stencil with Pixie Spray. This is very important to do with stencils that have a lot of "moveable parts" like the stripes. I originally used black ink for my stripes, but in the end it was too dark, so I opted for some Dan-D-Lion Hybrid Ink. 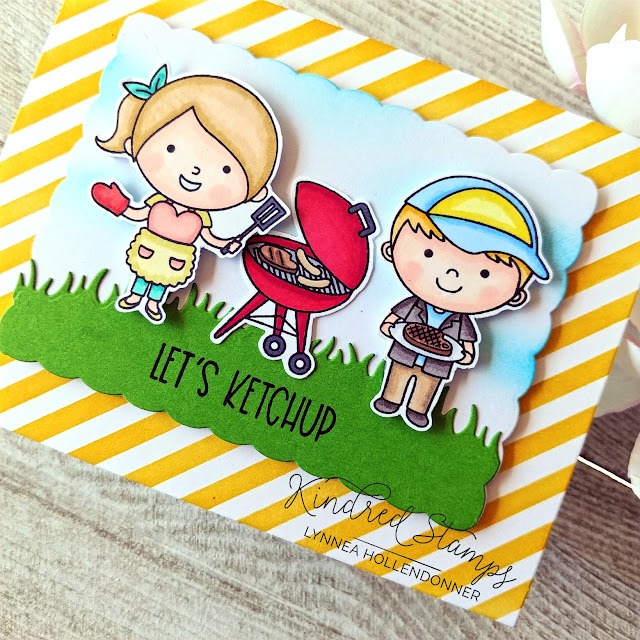 I stamped the little images from the National BBQ Day stamp set with Blackout Hybrid Detail Ink and colored them with Spectrum Noir Triblend Markers. Now it's time to finish off my mini scene! I die cut a rectangle from a Scalloped Rectangle Frame Die Set twice - once from white cardstock and once from green cardstock. Then I die cut a grassy border from the green piece so that I would have a grass line that perfectly lines up with the scalloped rectangle background. I used a blender brush to add little blobs of light blue ink to the white background for clouds. 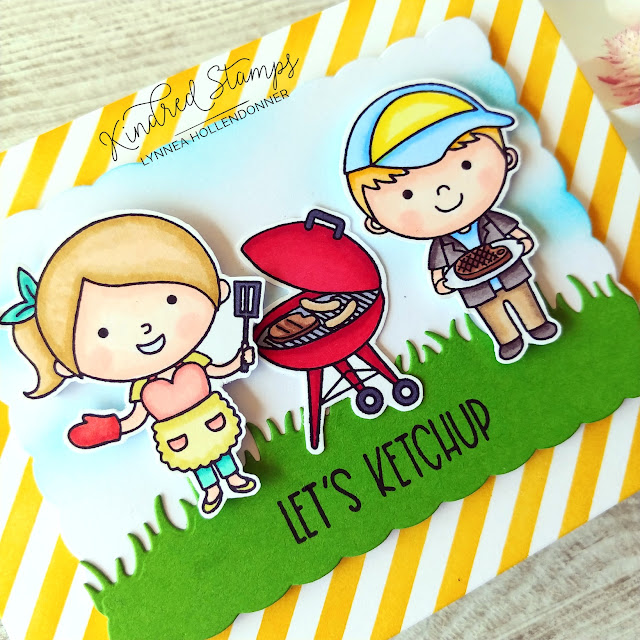