Hi, there! I have another card using the Swan Tunnel Base die set from i-crafter. I'm again using it in a different way - kind of an inbetween simple and the way it is supposed to be used! 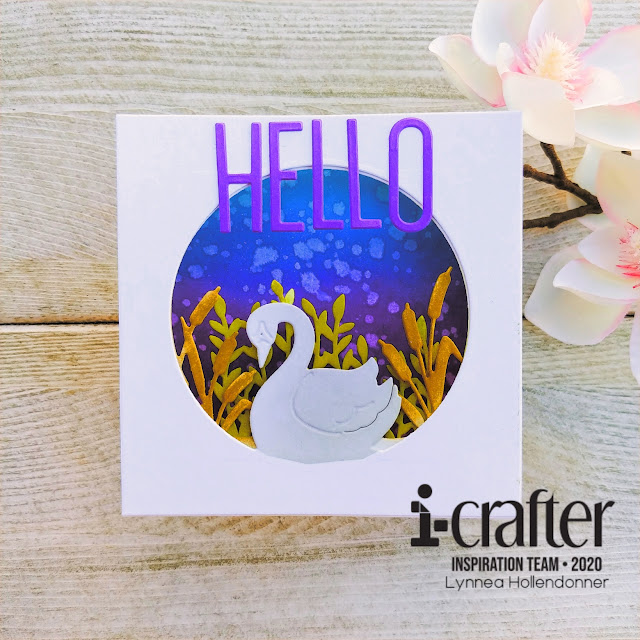 The Swan Tunnel Base die set has a bunch of dies to create a swan lake scene. I took the largest die that creates the front of the card - it looks like a longish rectangle with score lines on each side - and die cut it from white cardstock. I centered the swan die in the middle of my card front and cut out the swan. I used masking tape to mask off the swan and added a bit of gray ink so that there's a bit of difference in the swan and the rest of the card front for dimension. I die cut the cattails and the tall grass from separate pieces of white cardstock and inked them with brown and green inks. 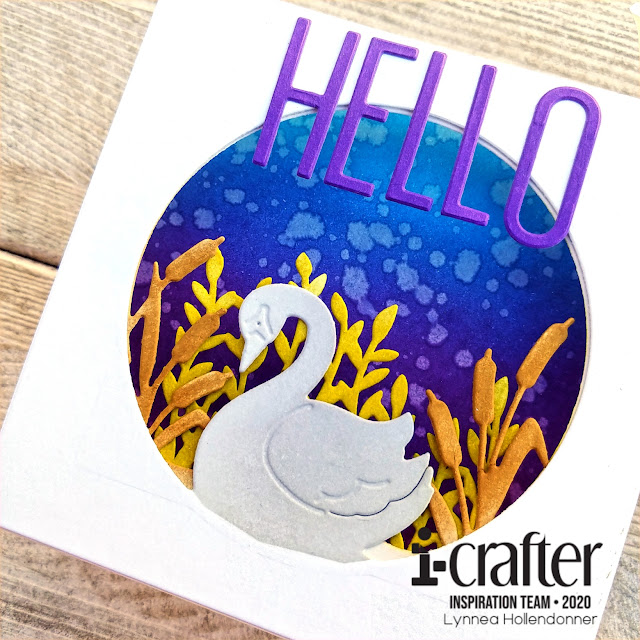 I lined up the grass pieces behind the swan and glued the layers together. I took a piece of 4.25 inch square watercolor paper and added blue and purple inks to the background and flicked on specks of water for texture. I folded the foreground piece on the score lines and glued the bottom "foot" to the inked background. This creates a 3D card! So fun! And it folds flat so it will fit into a regular A2 envelope! 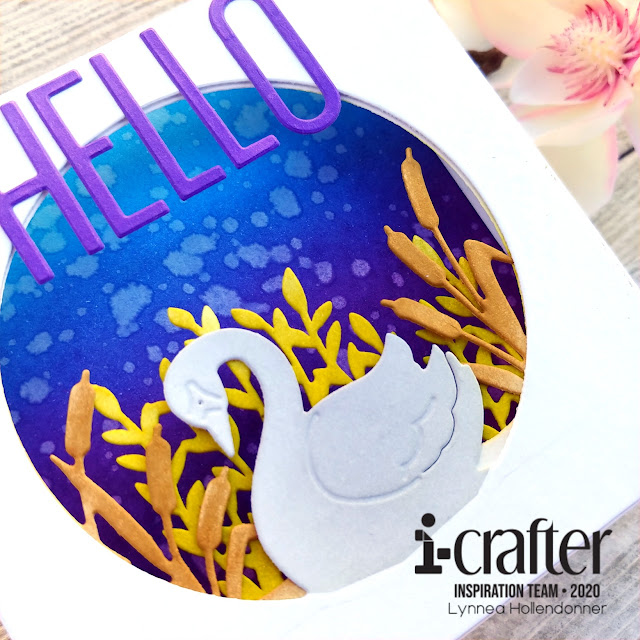 I added some purple ink to a piece of cardstock and then die cut the letters to form the word "hello" with the Haley Alphabet Outline die set from the inked piece. I glued them to the top of the card so that they would overhang into the swan scene. That's it! See you soon!
Posted by Lynnea Hollendonner at 8:00 AM