I LOVE stencils! They are an inexpensive tool that never gets 'used up' and there are so many ways to make them look fancy! I am showing two ways to use the Gardenia Layering Stencils from LDRS Creative and step them up to take them to the next level! 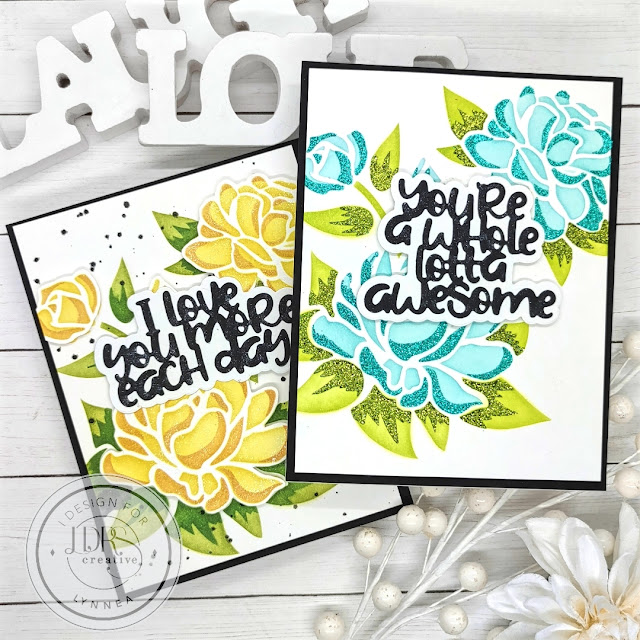 Layering stencils are SUPER fun to play with! I love the dimension they bring to my projects. As gorgeous as the Gardenia Layering Stencils when used with inks to create a one layer card, I wanted to show you a couple of ways that you can use these stencils and bring a bit of extra WOW to your projects! 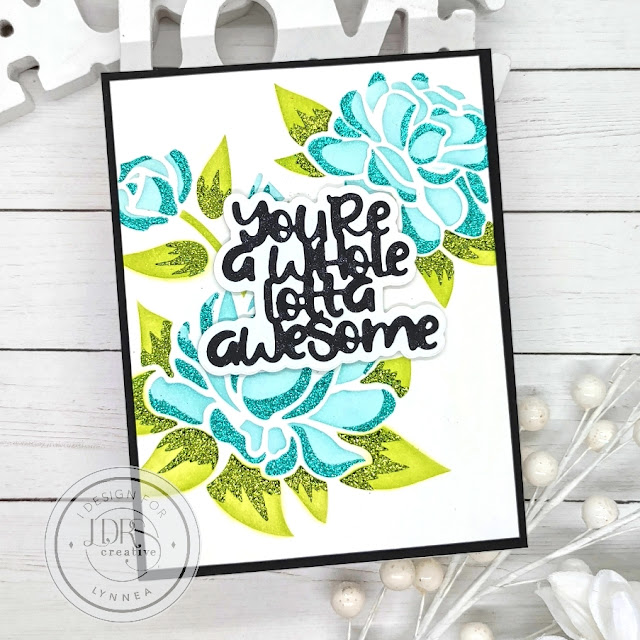 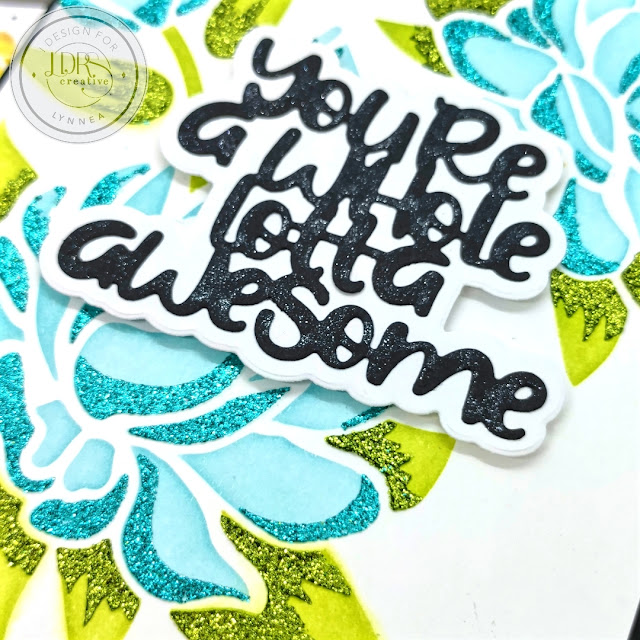 I didn't want to distract from my background, so I trimmed the stenciled panel down to 4" x 5.25" and popped it up onto a black A2 card base. I cut a sentiment from the Everyday Word Dies and backed it in white and popped it up in the center of my panel. That's it for card one! Imagine how pretty this card would be if you added a transfer gel and foiled the various parts of the Gardenia Layering Stencils! 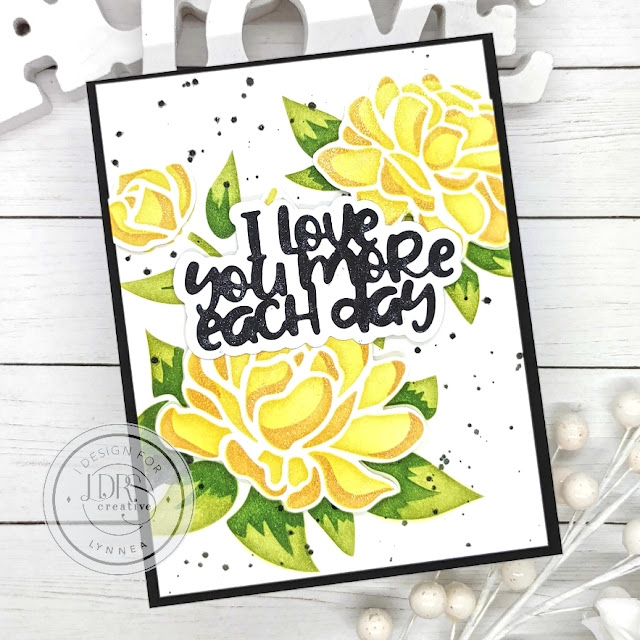 The second way to step up layered stencils is a bit less obvious, but still really pretty! I worked on two panels so that I could cut out the flowers and pop them up for some dimension. The gardenias are SO easy to fussy cut and it hardly took any extra time, but the results are gorgeous!
I blended the flowers from the Gardenia Layering Stencils on one panel with Banana Cream Pie and Peachy Keen Hybrid Inks and then cut them out with my scissors leaving a white border. I blended the leaves for the flowers on a second panel using Olive Branch and Evergreen Hybrid Inks. I cut down the base panel (with the leaves) to 4" x 5.25" and added some black ink spatters. Then I added the flowers to the card front with foam tape. 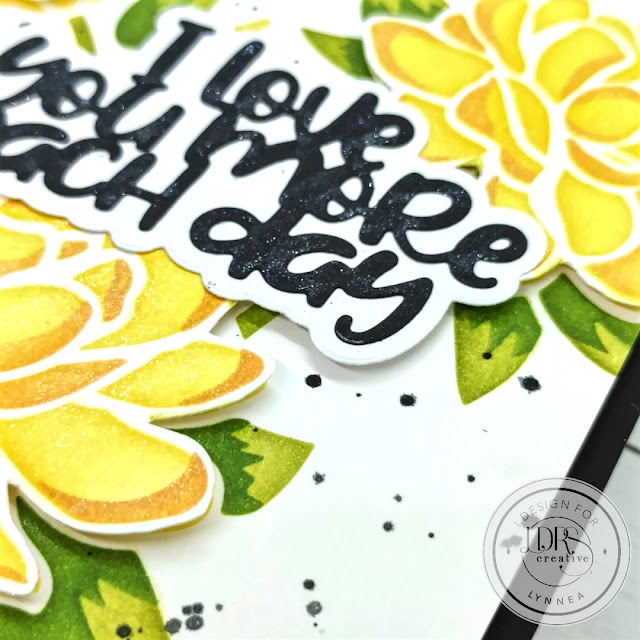 I cut out a sentiment using the All Occasions Word Dies and added it to the card with foam tape. I wanted to bring a bit of sparkle to my card, so I used my clear shimmer pen and added glitter to the flowers and to the sentiment. 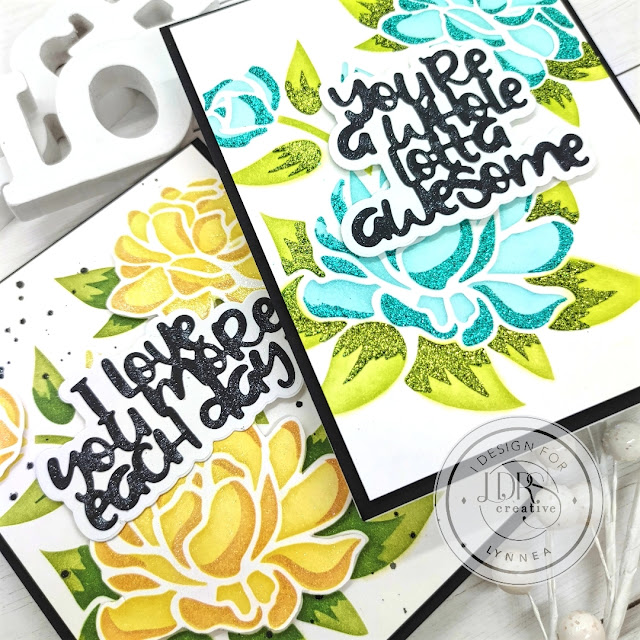 I hope these two techniques inspire you to grab your Gardenia Layering Stencils and add a bit of WOW to your projects! I'll see you soon!
Posted by Lynnea Hollendonner at 8:00 AM