I LOVE the new Hey Friend Kit from LDRS Creative sold exclusively through Scrapbook.com! It's such a fun kit! I paired the pretty florals with an easy paper strip herringbone background. 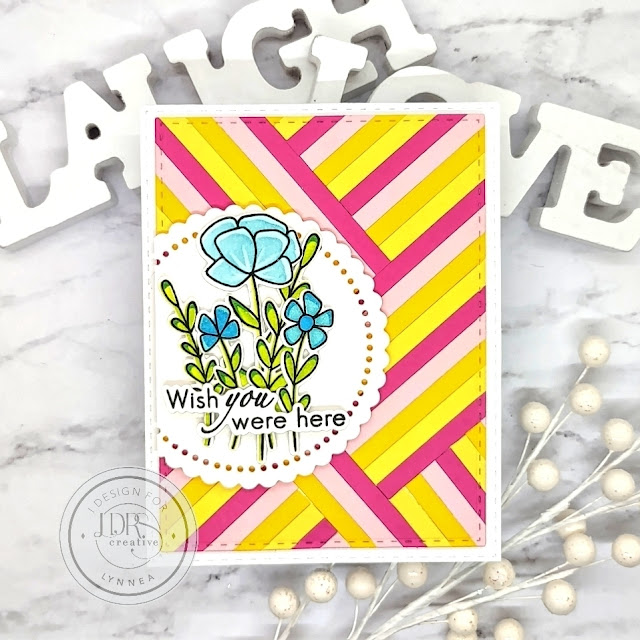 I stamped the florals from the Hey Friend Kit with Raven Hybrid Ink and used Clear Embossing Powder to heat set the ink so that it wouldn't smudge. I used LDRS Creative Blender Brushes and used the four layering stencils along with Marina Madness, Bali Blue, Key Lime Pie, and Four Leaf Hybrid Inks to add color to the images. Then I die cut them and a sentiment with the coordinating dies included in the Hey Friend Kit. 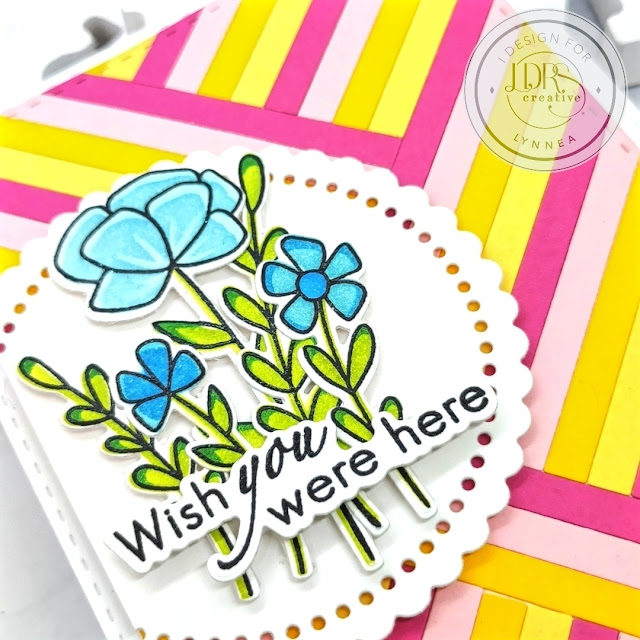 Next up - the background! I love the Background Strip Dies from LDRS Creative. I often use them as accents or to create diagonal striped backgrounds, but today I decided to go with a herringbone type background. I used the 1/4" Slimline Background Strip Die and cut a dark and light shade of pink cardstock and a dark and light shade of yellow cardstock. I covered a piece of cardstock with a double sided adhesive and started adding strips of cardstock. Be sure to check out my video to see how easy it was to build this background!
Once the background was completed I used the second largest die from the A2 Stitched Layered Card Toppers and cut the patterned background and used the largest die to cut a layer of white cardstock. 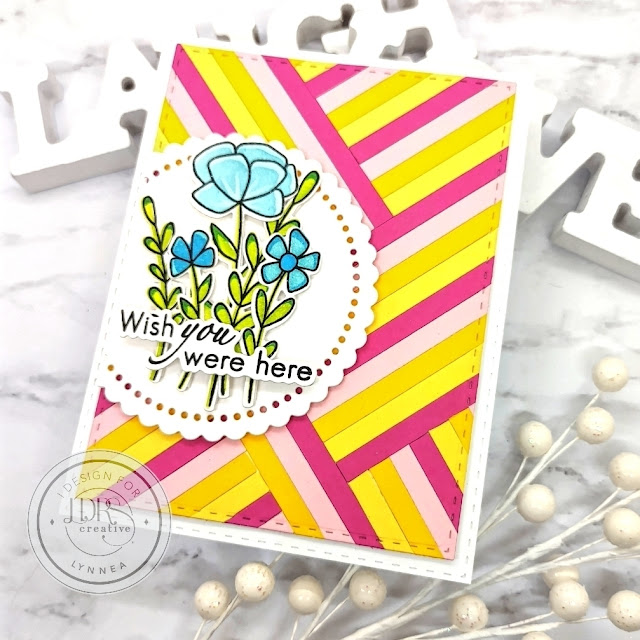 I cut a scalloped circle from the Just a Note Dies from white cardstock and trimmed off the left side so that it would hang off the edge of my background. I arranged the flowers from the Hey Friend Kit and added them with foam tape and popped a sentiment up on top. That's it! So simple, but so colorful!
Remember that the Hey Friend Kit from LDRS Creative is sold exclusively at Scrapbook.com. Quantities are limited and once the kit is gone, it's gone! Happy shopping!
Posted by Lynnea Hollendonner at 7:00 PM