Glittery die cut balloons from Pink & Main are certainly a cause for celebration! 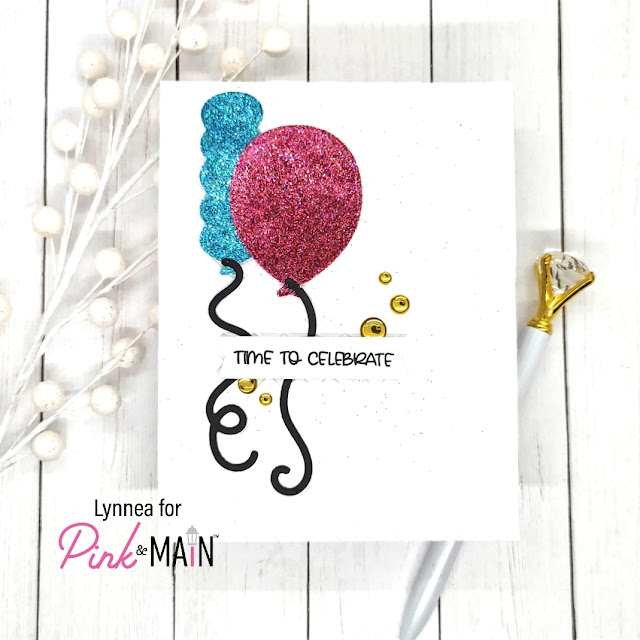 Let's make some glittery die cut balloons! I used a piece of 6x6 Double Sided Adhesive and covered a piece of thin white cardstock to create a sticker. I used the Fun Balloons Dies and cut out two balloons from the adhesive covered cardstock and covered one balloon with Raspberry Super Fine Glitter and the other with Ocean Waves Super Fine Glitter. I made sure to rub in the glitter with my finger and then buff off the excess with a bone folder to make sure that none would flake off in the mail. 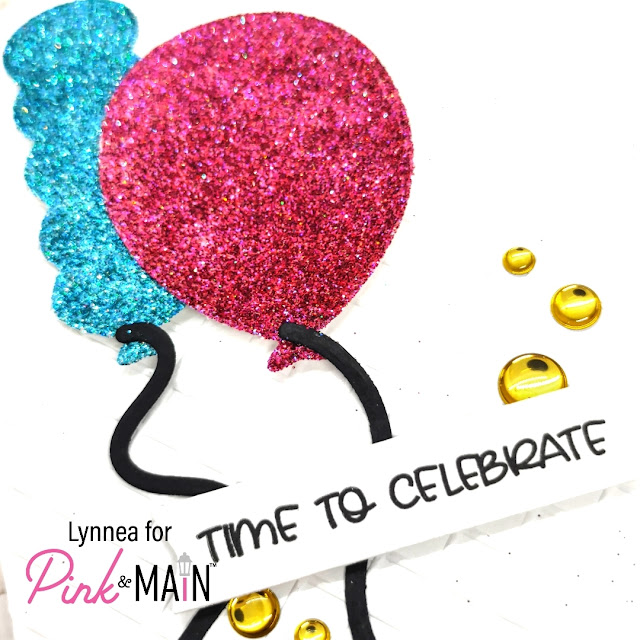 I used the Grid Embossing Folder and embossed a white piece of cardstock so there would be some subtle texture to my background. I added the glittery balloons with foam tape and cut some strings from black cardstock and adhered them with liquid adhesive. I stamped a sentiment from the Party Animals Stamp Set and cut it with a Large Sentiment Strip Die and popped it up over the balloon strings. 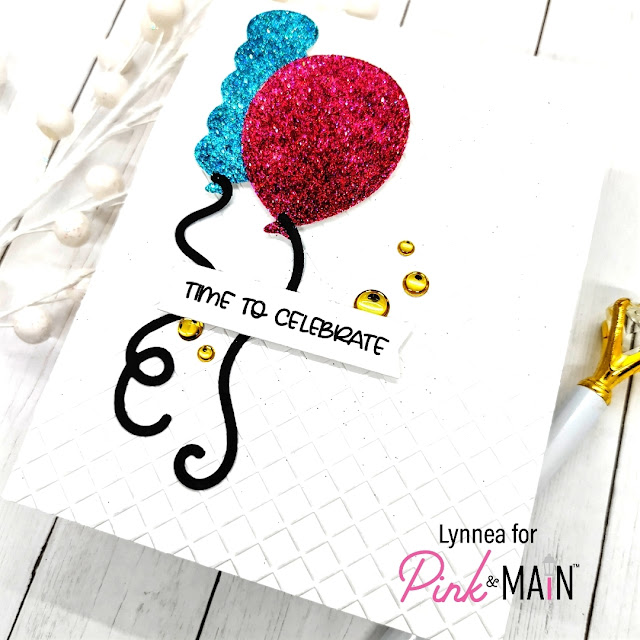 I added some Gold Glossy Dots to accent my card and that's it! Thanks for joining me!
Posted by Lynnea Hollendonner at 9:00 AM