Coverplate dies don't always have to be used as coverplates! I cut up the new Modern Trellis A2 Coverplate Die from LDRS Creative to make some chunky snowflakes! 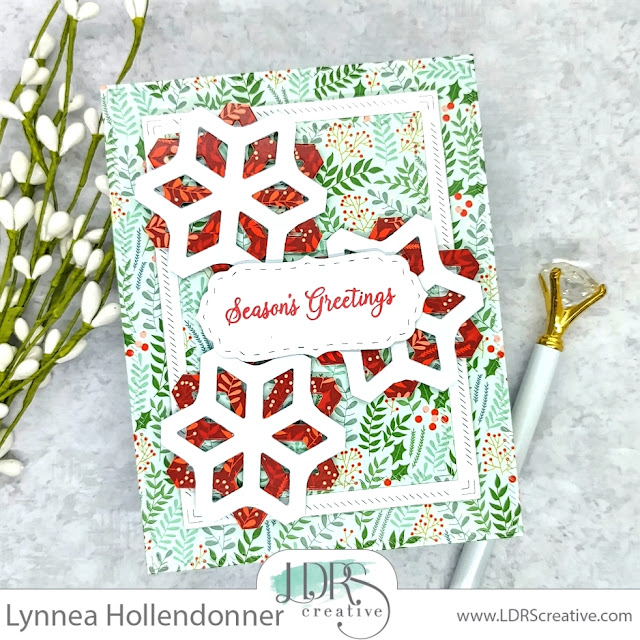 The Modern Trellis A2 Coverplate Die makes such a pretty background for a card, but if you really look at just the center design it looks like a star ... or a SNOWFLAKE! I cut small pieces of white cardstock and cut just the center portion of the Modern Trellis A2 Coverplate Die and used my scissors to cut away the unwanted design leaving me with a snowflake! I repeated the process with some red patterned paper from the Peace & Joy 6x6 Paper Pack and layered the "snowflakes" together offsetting them just a bit. 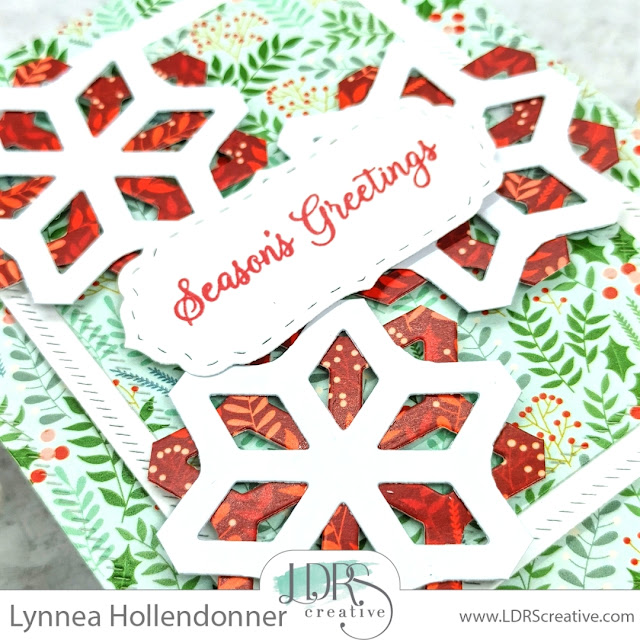 I wanted to keep the focus of my card on those "snowflakes" but still bring some more winter into the design. I used the largest die from the A2 Diagonal Stitched Layered Card Toppers Die Set to cut a piece of patterned paper from the Peace & Joy 6x6 Paper Pack and the smallest die to cut white cardstock. I wanted another layer of the patterned paper, but I have trick to share with you! I used the largest die from the Diagonal Stitched Layered Frames Die Set and cut out the center of my background piece and used that as the layer on top of the white cardstock! NO WASTE! No one is going to know that there's a HUGE hole in the bottom layer of patterned paper - it's covered by the white! Patterned paper is too pretty to not use every inch of it! 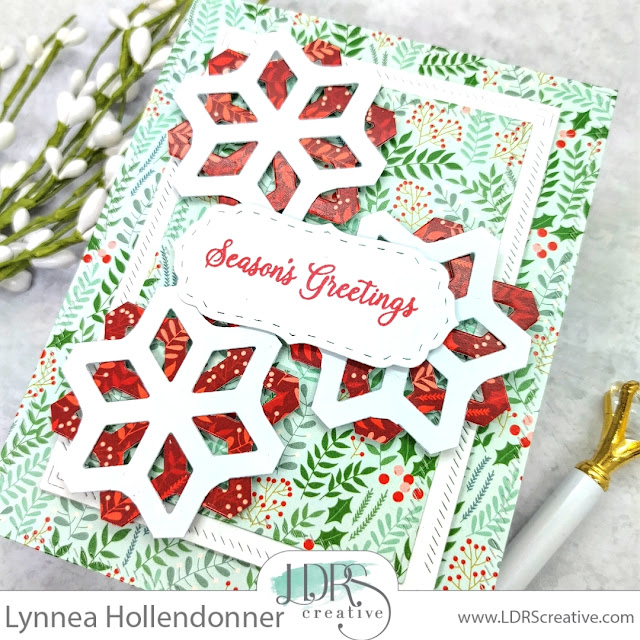 I stamped a greeting from the Peace & Joy 4x6 Stamp Set with Kiss Me Red Hybrid Ink and cut it out with a die from the Stitched Decorative Labels Die Set and popped it up on the front of my card. That's it! I hope this project inspires you to look at the designs within the designs of your coverplate dies!
Posted by Lynnea Hollendonner at 12:00 PM