The easiest galaxy background EVER is made perfect with a few dies from Erin Lee Creative! You can catch this easy tutorial on YouTube! 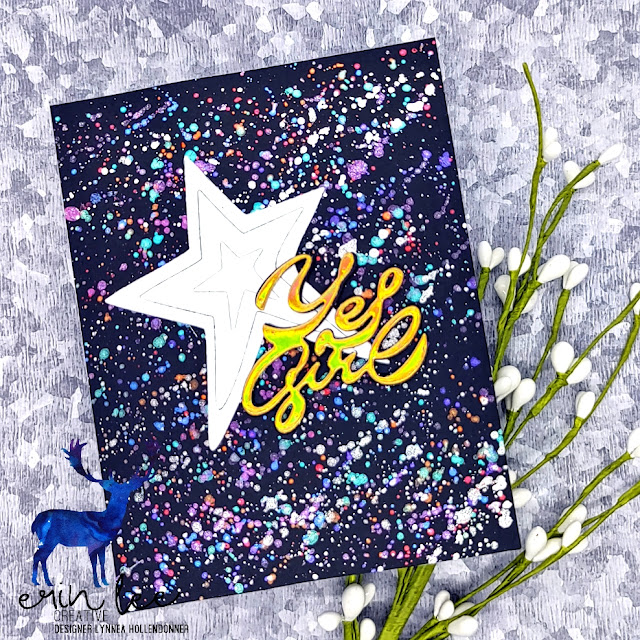 This card was so easy to make, but boy is it a stunner! The shimmer from the watercolor and the Gold Holographic Cardstock is amaaaaazinggg!! Let's start with the background. I wanted to make an easy galaxy and incorporate the Nesting Stars Dies, but as much as I love to watercolor, galaxies are not my strong point! So I decided to make a faux galaxy! I simply used a bunch of colored shimmer watercolors and flicked them onto a piece of black cardstock. It doesn't get any easier than that! 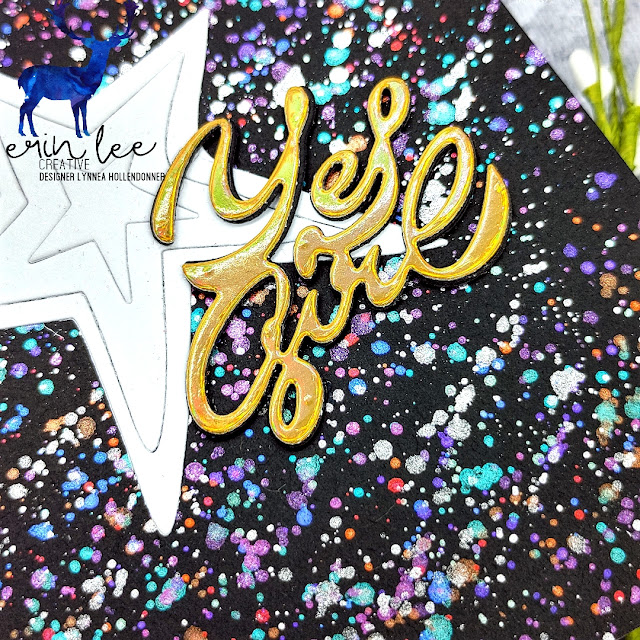 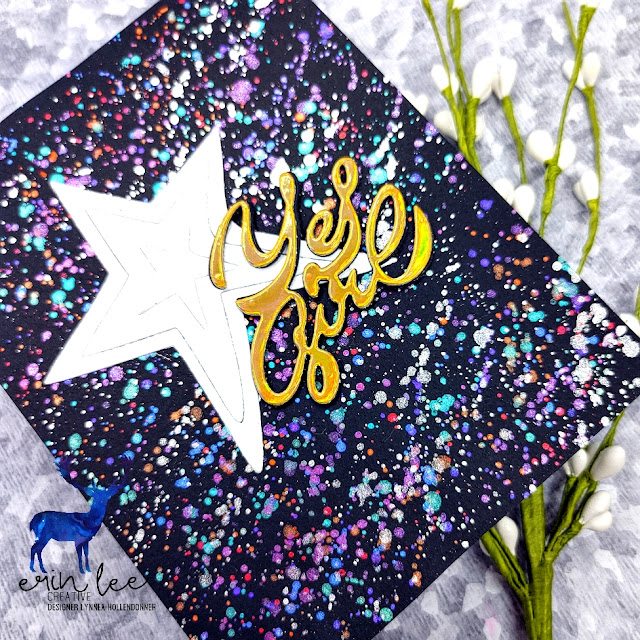