It's time for a new release from i-crafter! I'm not usually drawn to greens, but I love them on this slimline card! 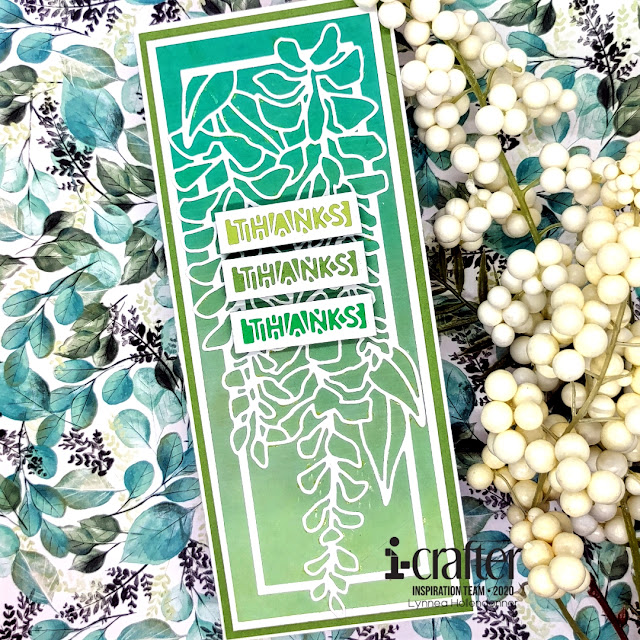 This card is a mix of me and not me - I stepped out of my comfort zone, but not too far! I usually don't go all out with layers, but this card just called for them! I cut a slimline panel and masked off about an 1/8" border and blended an ombre of green inks dark to light. I matted that layer with olive green cardstock and added that onto a white slimline card base. 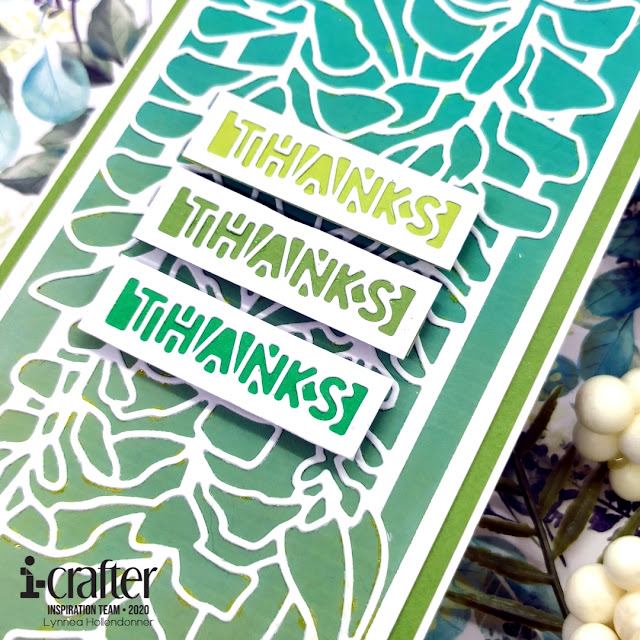 I die cut the new Wisteria Vines die from white cardstock and adhered it on top of the ink blended panel. A tiny bit hung over the edge, so I trimmed off the bottom leaf. It just looked better! I wanted a stand out sentiment, so I reached for an older die set - the Zip Gift Tag Die Set. I cut the "thanks" three times from white cardstock and trimmed them into rectangles. I backed each of them with a different shade of green cardstock that matched my ink blended background. 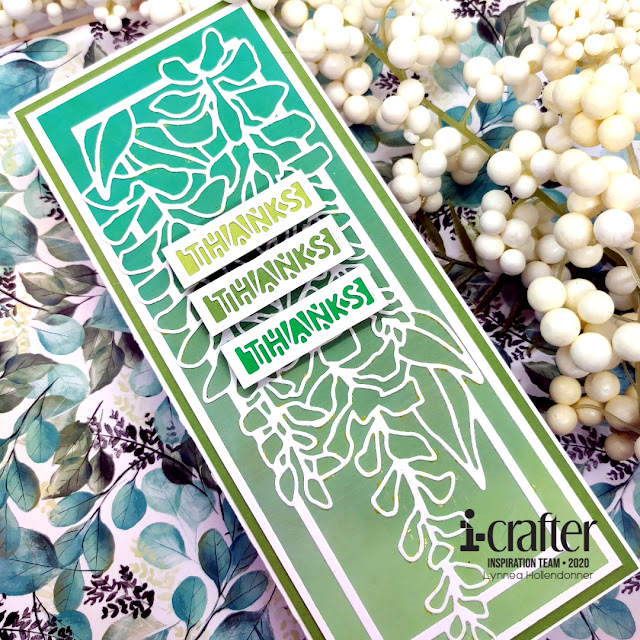 The new Wisteria Vines Die Set as well as the rest of the January release is available in the i-crafter shop now! Happy shopping!
Posted by Lynnea Hollendonner at 10:00 AM