Have you heard the news?! I've joined the Whimsy Stamps Video Team! I'll be bringing you Fresh Friday inspiration through the month! In case you're new to me - my style is clean and simple and I love to mix stamps, dies, stencils, etc. to make one finished card! Just like I'm doing today! I used the Calories Shmalories Stamp Set along with the Slimline Windows Die Set and the Rainbows 6x6 Paper Pad to make a bright and yummy card! 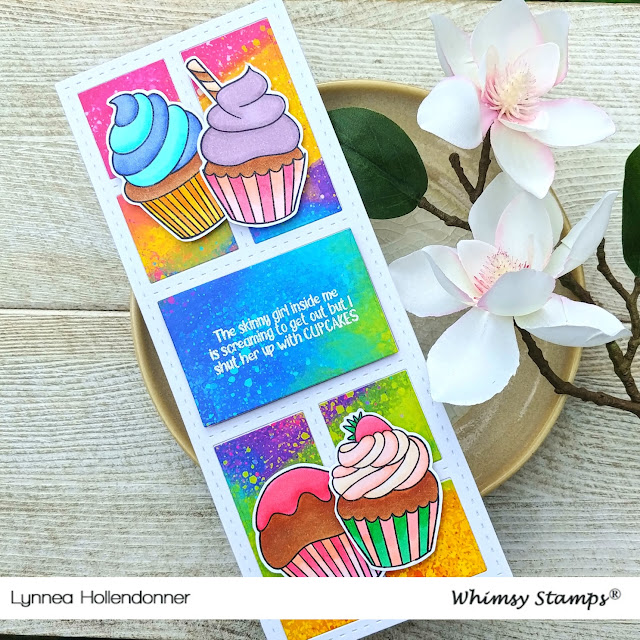 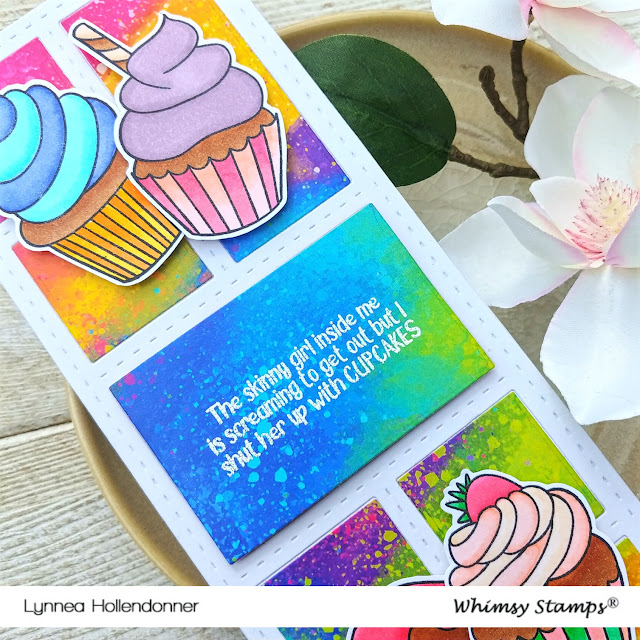 I LOVE a good cupcake! My sister makes the best cupcakes I've ever had and she's always making them look so fancy and colorful! I stamped out each of the cupcakes from the Calories Shmalories Stamp Set and colored them with Copic Markers. I kept each of the cupcakes a chocolatey color and mixed up the icing to give them a bunch of yummy flavors. 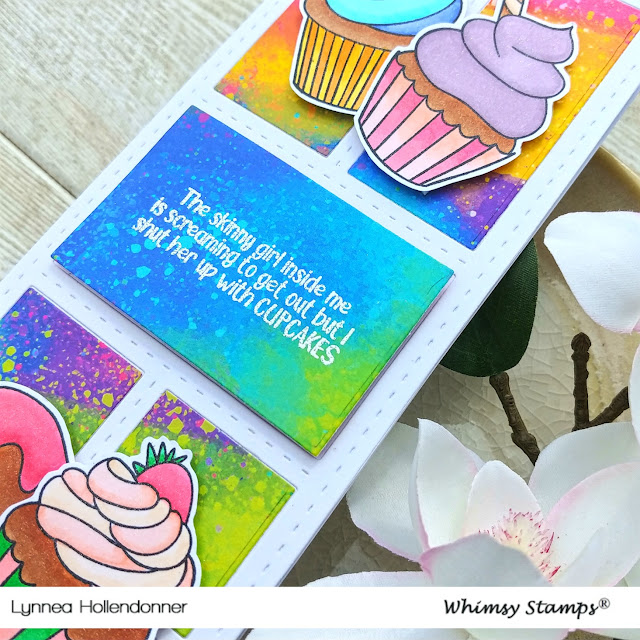 I used my scissors to cut out the cupcakes with a small white border and set them aside to work on the rest of the card. I used the Slimline Windows Die to cut a white frame, but I wanted to add lots of color to the background. I grabbed what could most definitely be my most favorite paper pad EVER! The Rainbows 6x6 Paper Pad! I FINALLY got my hands on this! It's a hot item! Every time I checked it was sold out! But as I'm typing this it's still in stock in the Whimsy Store ... so RUN! There's not a single pattern that I don't love! 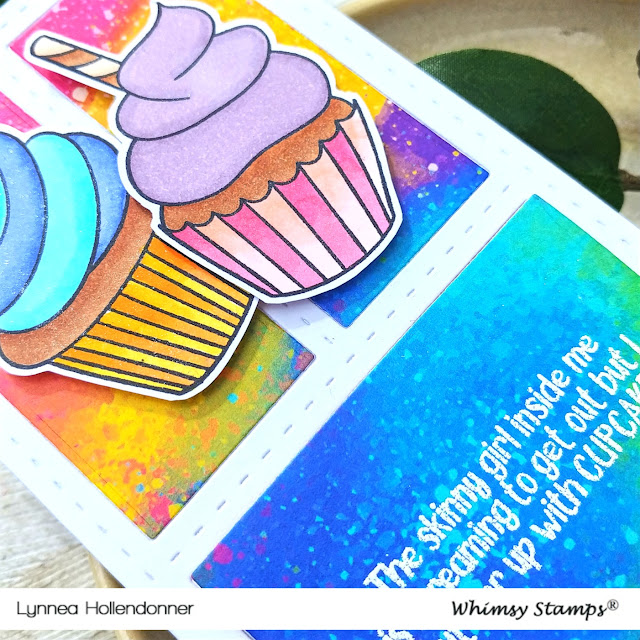 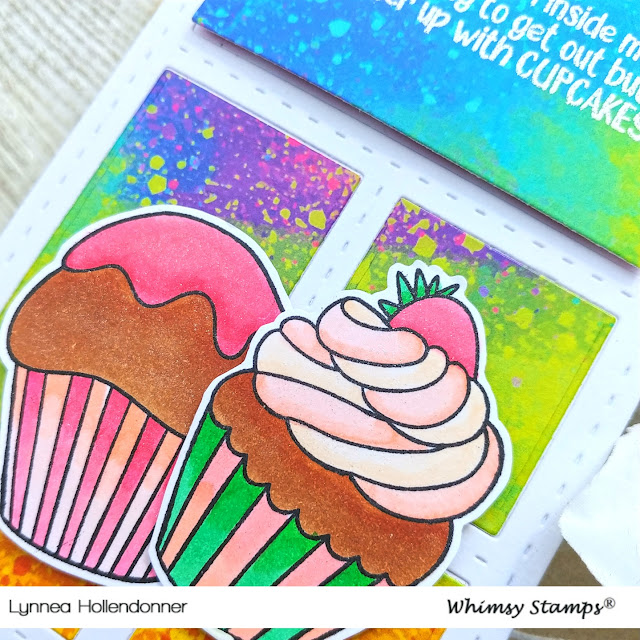 I stamped and white heat embossed the sentiment from the Calories Shmalories Stamp Set onto the center piece of patterned paper and popped that piece up with foam tape for dimension. 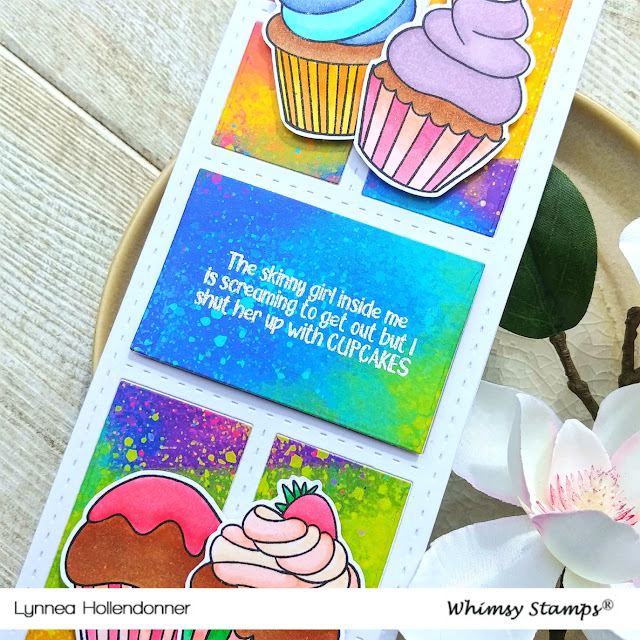 I added all four cupcakes to the card with foam squares and covered them with clear shimmer - and that's it! I hope you enjoyed my first card as part of the Whimsy Stamps Video Team! I'll be back soon with more Whimsy Stamps inspiration!
Posted by Lynnea Hollendonner at 12:00 AM