Can you feel the chill in the air? No? Neither can I haha. But that won't stop me from getting inky with new Holiday products from i-crafter! 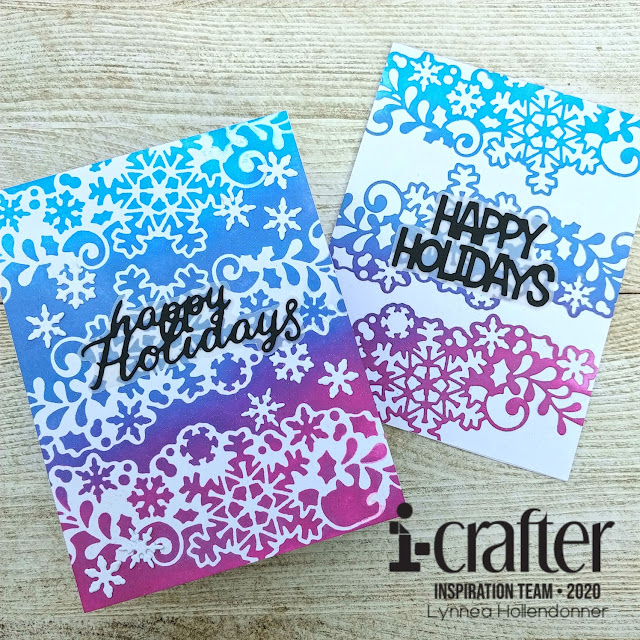 I have a two for one card idea today that uses the new Snowflake Border die as a stencil! This is something I do frequently to stretch my dies and I thought I would share it with you! 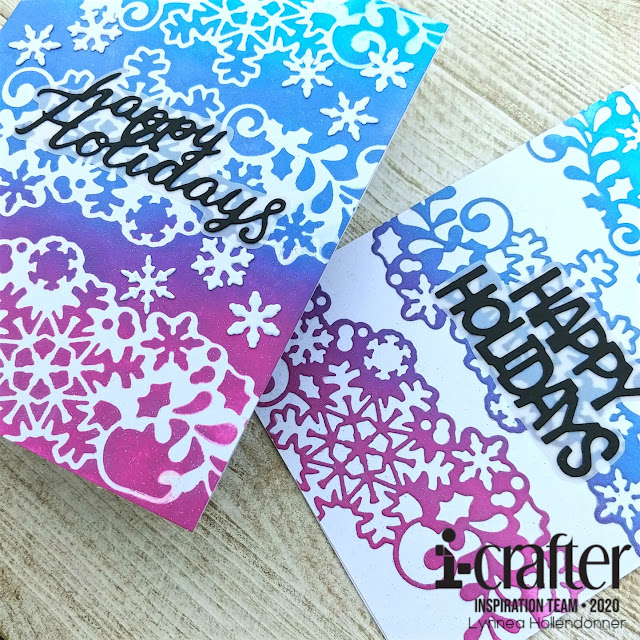 I die cut the Snowflake Border die three times from heavy white cardstock and popped out all the little snowflakes. Save them for later! We'll use them! I sprayed the back of them with Pixie Spray and adhered them temporarily onto a piece of white cardstock. 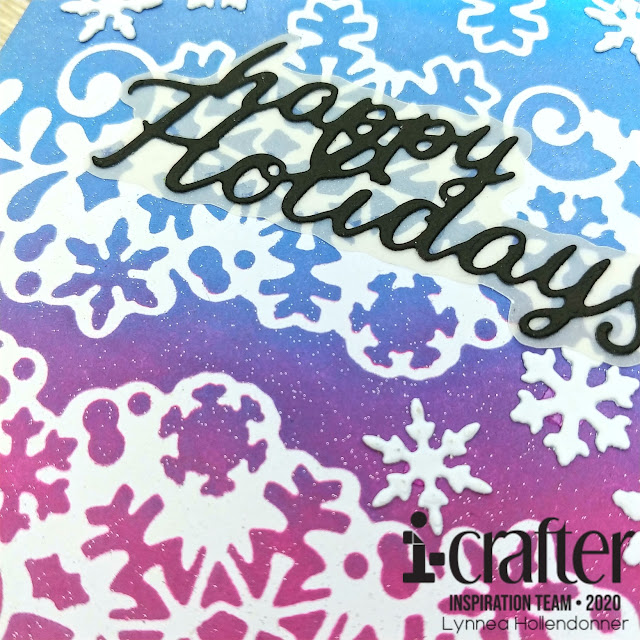 I used my i-crafter Fingertip Blender Brushes to blend some ink over my die cut "stencil". I used purple and a couple shades of blue for the perfect witnery background. When I peeled back the Snowflake Border die cuts I have white negative areas with pretty ink blending on my card as well as Snowflake Border die cuts that are all inky and ready to be used! I glued them onto a second card and boom! Pretty two for one cards! 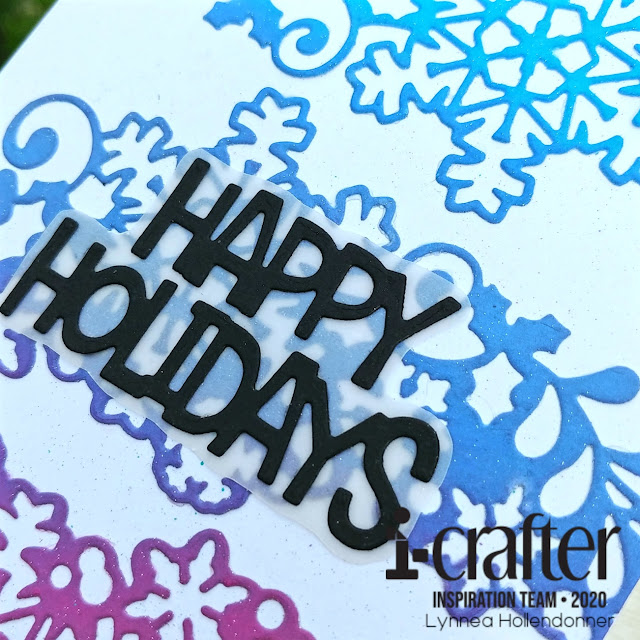 I didn't stop there! What's a Holiday card without glitter? I sprayed each of the cards with a glitter spray and added some of those extra snowflakes from the Snowflake Border Die to the card with the ink blended background. I die cut sentiments from black cardstock from the Holiday Wiper Insert Die Set and the Santa Tunnel Card Die Set. 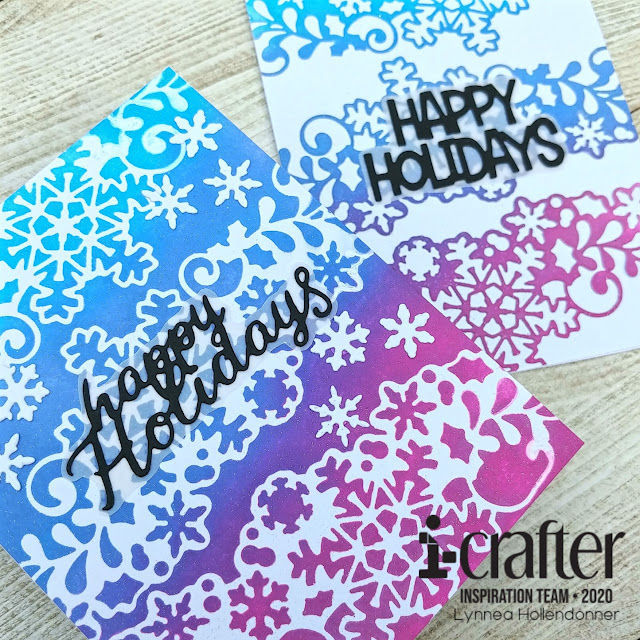 I used the i-mend Self Mending Cutting Deck for all of my die cutting and look at how crisp the cuts are! Be sure to pick one up when you're shopping the new July release from i-crafter!
Posted by Lynnea Hollendonner at 10:00 AM