Hi! There's a new release that just hit the Erin Lee Creative shop! And it includes a bunch of new stamps, dies, and stencils. I made seven quick cards with the the Burst Box Die and some fun Holographic Cardstock! 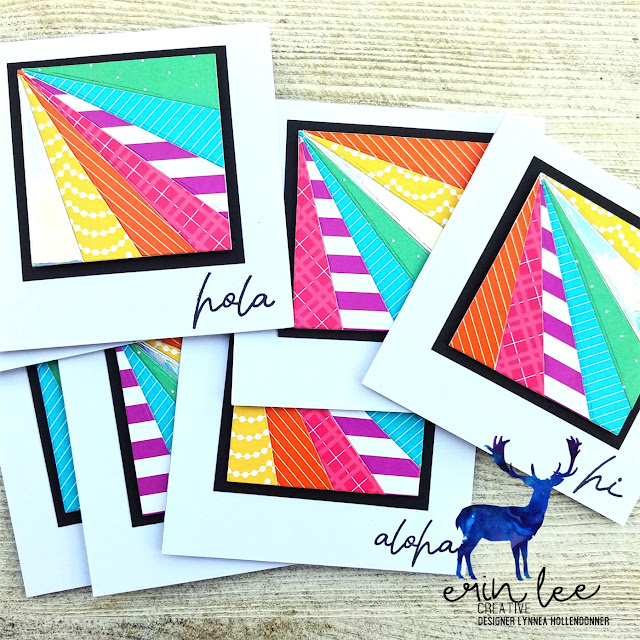 The Burst Box Die has so many possibilities! I decided to make a bunch of rainbow cards - and since the die cuts seven rays and not six I decided to throw in a ray of Holographic Cardstock. 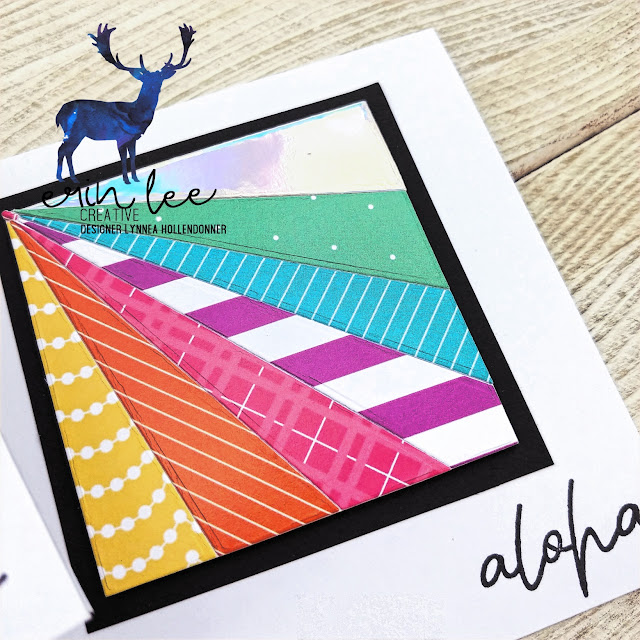 I die cut all of my pieces of rainbow patterned paper and kept them in colored piles on my desk. I cut pieces of cardstock to 2 3/4" square and adhered the rays onto them. It was just like putting together a puzzle! 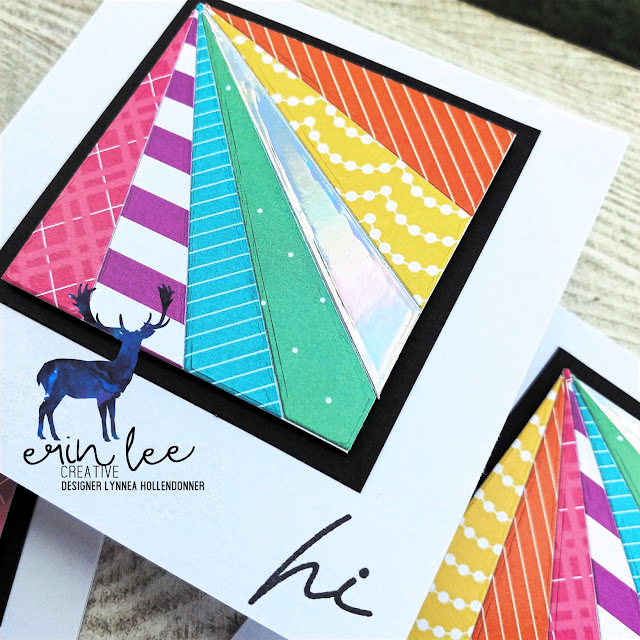 I used fun foam to mount each of the puzzle pieced Burst Box Die backgrounds onto a piece of 3x3" square black cardstock and that onto a white card base that measures 4 1/4" square. 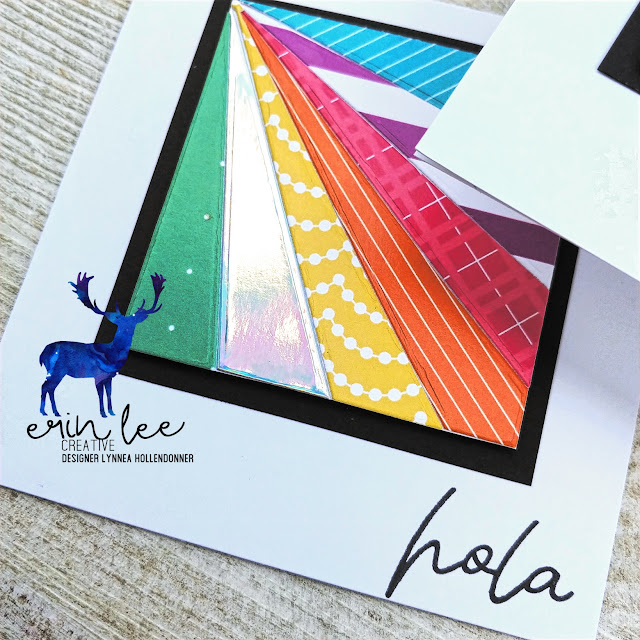 I considered leaving these cards without a sentiment, but the script sentiments in the new Tropical Birds stamp set just fit perfectly in the bottom corner! I stamped "hola", "aloha", and "hi" on all seven cards and that finishes the set! 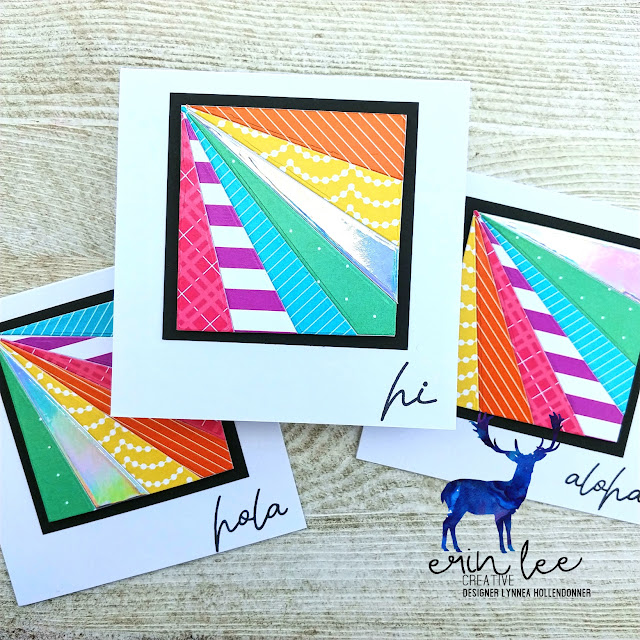 This set was so simple to pull together! And I love the Holographic Cardstock mixed into the rainbow!
Posted by Lynnea Hollendonner at 8:00 AM