Hello, hello! I hope you've had time to check out the new release from Erin Lee Creative! Erin was so super fantastic and released it in the shop a few days early! And today you're going to get a blast of inspiration! Hop along through the release blog hop for your chance to win! Three random winners who leave comments on all blogs through the hop will win a $25 gift card to the shop! Good luck! Winners will be announced March 25th. 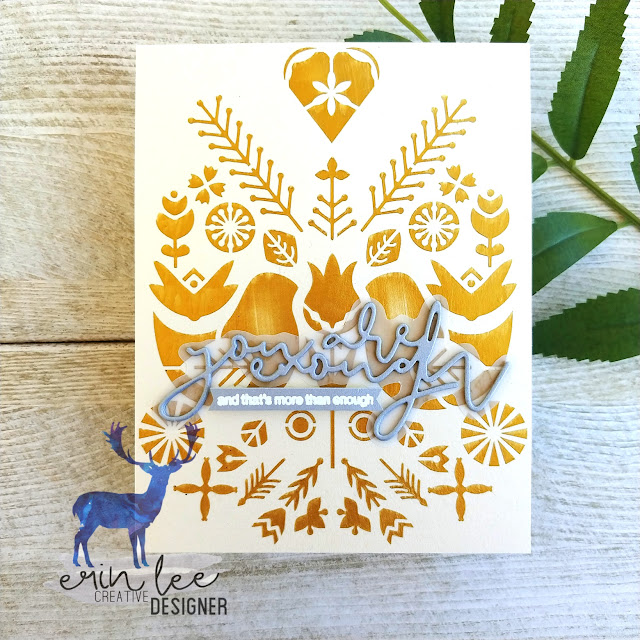 I used a few of my favorite new release products on this card - the Scandinavian stencil, Small Script stamp set, and the You Are Enough word die. I sprayed the back of the Scandinavian stencil with Pixie Spray and positioned it on top of a piece of cream colored shimmer cardstock. I used a Stencil Pal to spread some Pure Gold Metallix Gel over the stencil to create my background. I LOVE the way the gold and the shimmer cardstock play together! Just perfect! 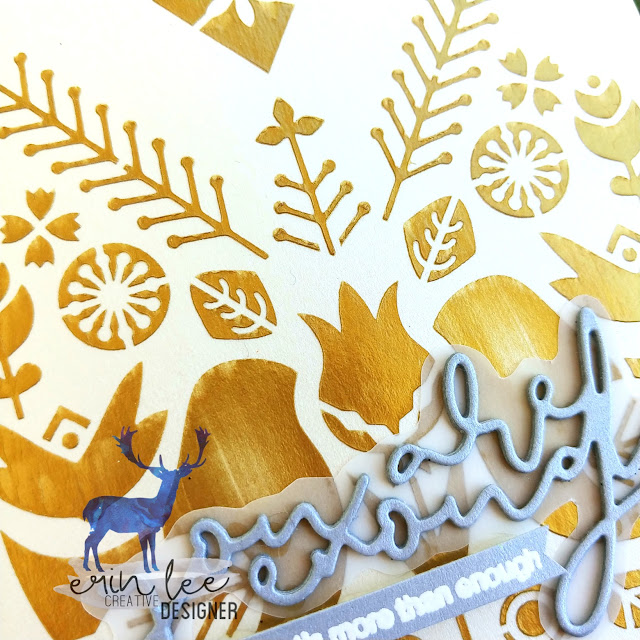 I die cut the You Are Enough word die four times from light gray cardstock and stacked them together to form a dimensional die cut embellishment. It didn't stand out enough from the background so I adhered it onto a piece of vellum and trimmed around the outline of the sentiment. The vellum gives the sentiment just enough to make it stand out. I stamped a small coordinating sentiment from the Small Script stamp set onto another strip of gray cardstock and added that at the bottom of my sentiment. And that finishes my card!

Lynnea - YOU ARE HERE!

Amy
Posted by Lynnea Hollendonner at 9:00 AM