Hey, everyone! I hope you love rainbows as much as I do! It's always a go to color palette for me! I combined the Mine Workers stamp set with the I'm Wishing stamp set from Kindred Stamps for this card. It's like they were made for each other! 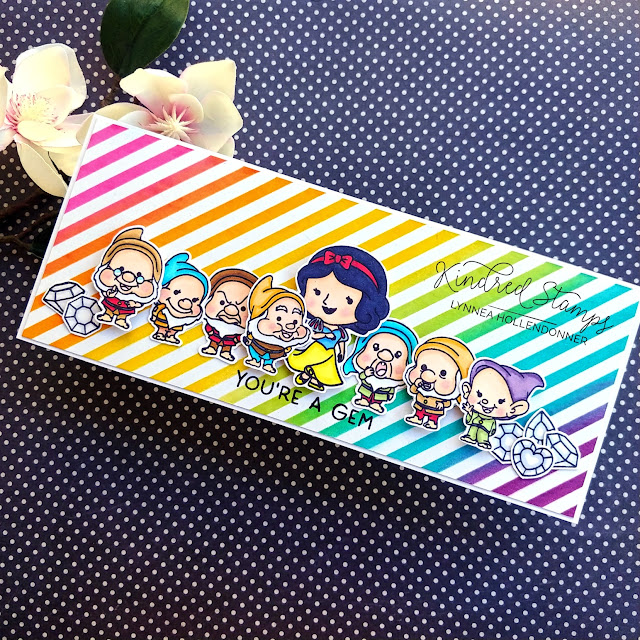 I wanted to be able to fit all 7 of the little guys from the Mine Workers stamp set as well as the princess from the I'm Wishing stamp set - so that calls for a slimline style card! There's nothing better in this world than stripes ... except maybe rainbow stripes! I grabbed the Candy Cane stencil to add a fun background to my card, but since my card is 8.5 x 3.5 inches my stencil was a bit too small. No problem! I sprayed the back of the Candy Cane stencil with Pixie Spray and placed it onto the left side of my card. I started blending on a rainbow of Distress Inks and when I got to the end of my stencil I peeled it off of my cardstock and shifted it to the right so that I could complete my rainbow. You can do this with so many stencils! Just make sure the patterns line up when you shift them left or right (or up and down!) 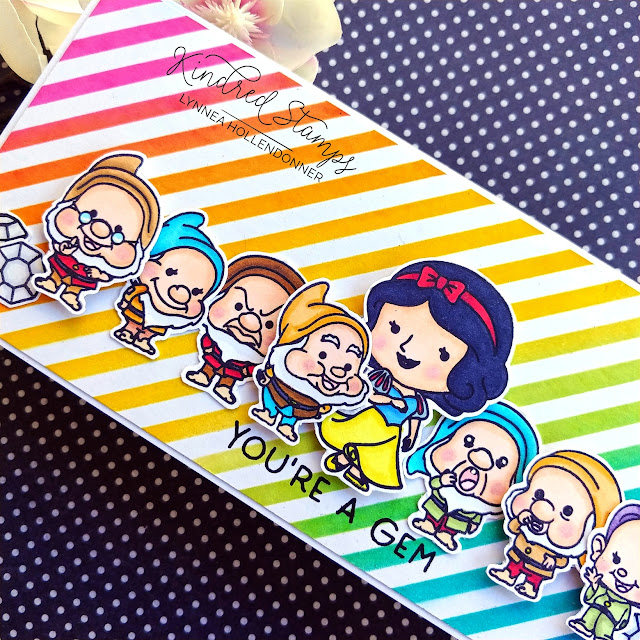 I used some alcohol marker friendly ink to stamp out all 7 mine workers and some gems from the Mine Workers stamp set as well as the princess from the I'm Wishing stamp set. I colored them with a mix of Copic markers and Spectrum Noir Triblend markers and cut them out. It took a little while for me to arrange all of them onto my card front. I had to make sure that the workers were facing towards the center of the card not the outside, two of the same color hats weren't next to each other ... you know ... the normal things an obsessive compulsive crafter thinks about! Haha! 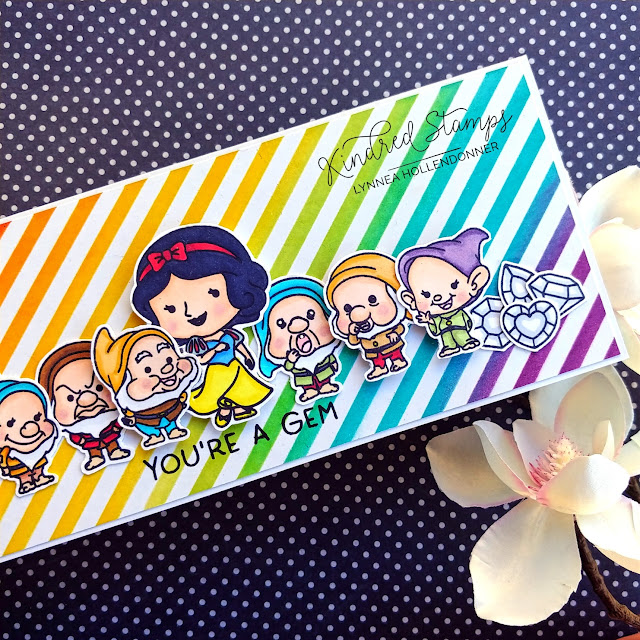 I trimmed down my ink blended background so that I could have a little white border around my card and added my images to my card with a mix of liquid adhesive and foam squares. I stamped a sentiment from the Mine Workers stamp set in the center of the background to finish off the card. Thanks for joining me!
Posted by Lynnea Hollendonner at 3:00 AM