Hello! Did you catch the new release from Pink & Main yesterday!? It's full of fabulous Christmas fun and I used the Fa La Llama stamp set to create a cute cute CUTE Copic colored background! 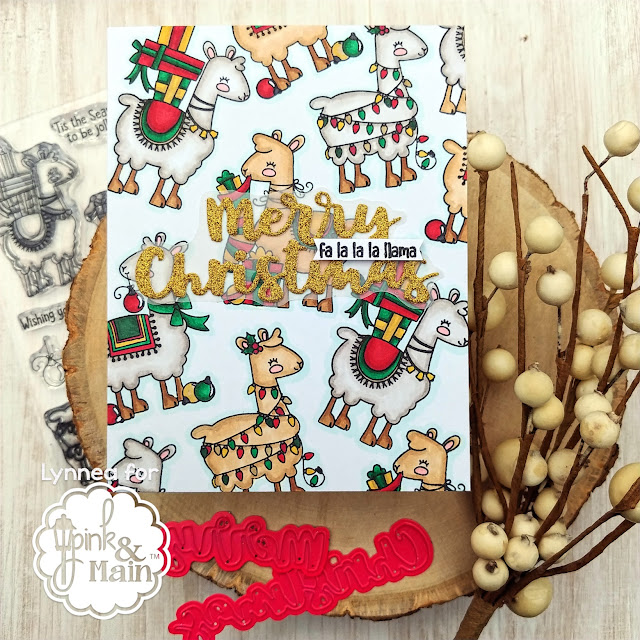 The Fa La Llama stamp set has four of the cutest Christmas llamas I've ever seen! I stamped all four of them repeatedly on an A2 panel of heavy weight cardstock and colored in each of them with Copic Markers. Some of them I colored with warm gray markers and some with a soft brown color combination. For the presents, lights, and other decorations I used the same three color combinations - a red, green, and a golden yellow. I thought about mixing it up and doing different colors for each type of llama, but I really love how it turned out using just the same three colors! After all the llamas were colored I traced around the outside of each of them with an icy blue Copic marker to make them pop off the page. 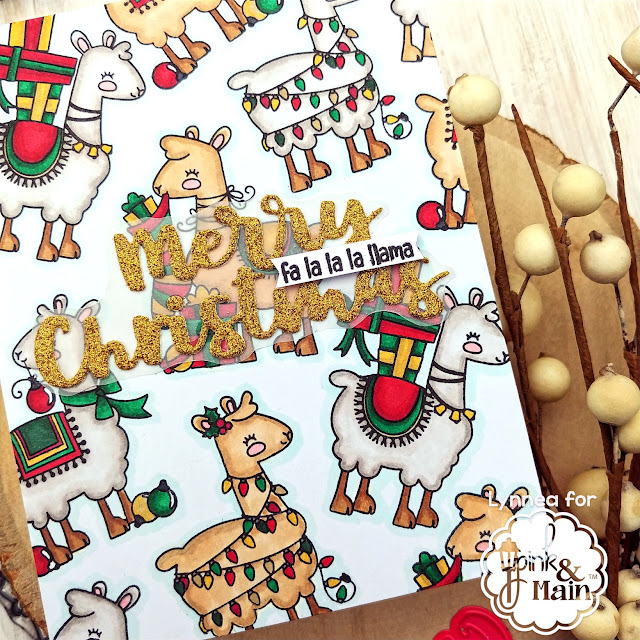 I die cut the Bold Christmas Die from a Gold Sparkle Sheet and I loved how the gold glitter looked on top of my background, but it wasn't standing out enough. I have an easy fix! I just glued the Bold Christmas Die onto a piece of vellum and fussy cut around the letters so it looks like a shadow die. I added a small stamped sentiment from the Fa La Llama stamp set on top of the die cut sentiment. 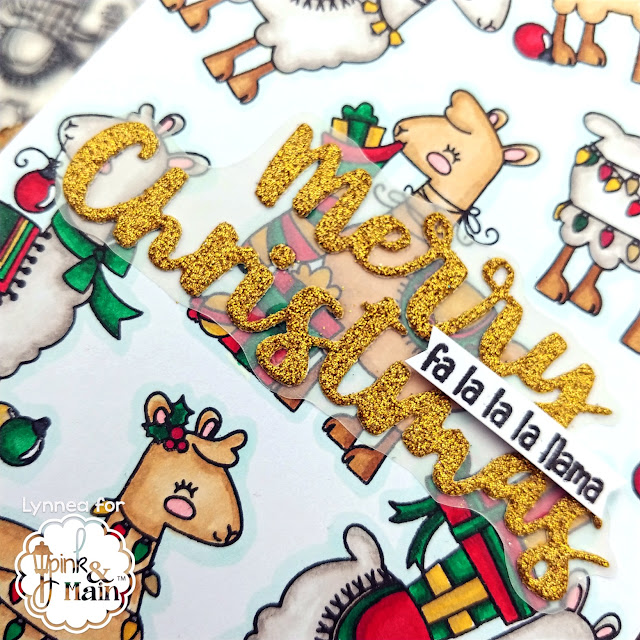 That's all! I'm so in love with these llamas! Hope you are too! See you soon!!
Posted by Lynnea Hollendonner at 9:00 AM