I always need birthday card for guys - like ALWAYS! Haha! I struggle with cards for guys to begin with - but especially birthday cards. I just feel the need to add gems, sequins, and glitter! When I got my hands on the Kindred Stamps Kindred Birthday stamp set I saw the little guy and knew I would use him to make birthday cards for guys! Perfect! 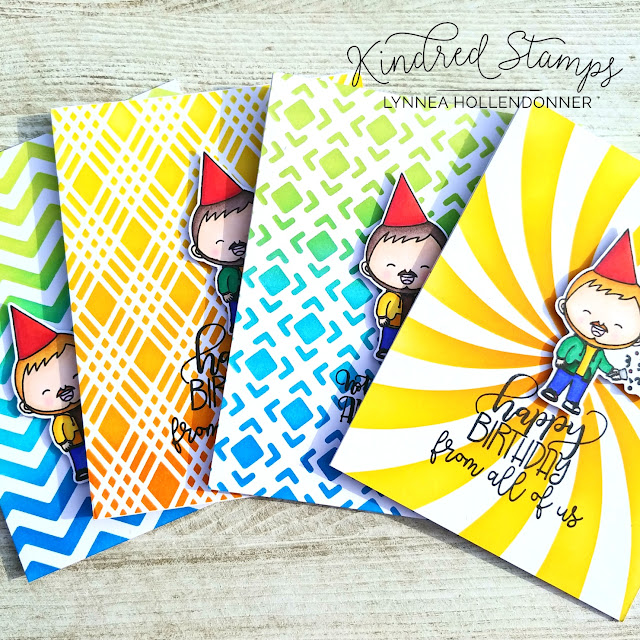 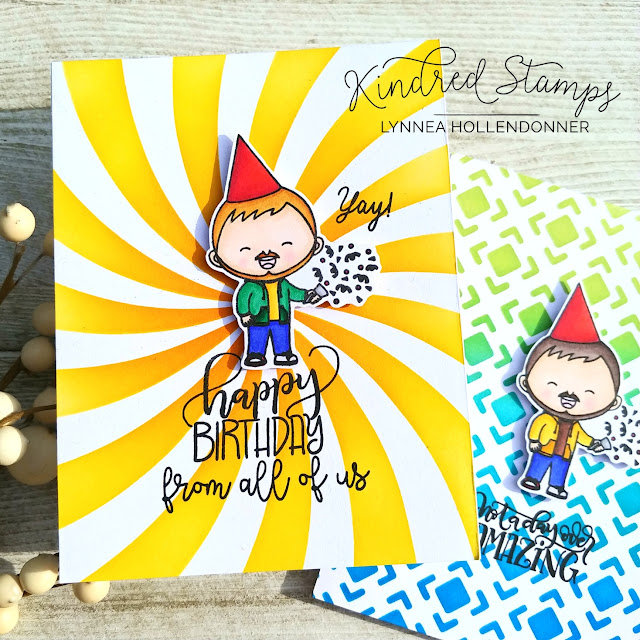 I made all four cards using the same methods and techniques. I stamped out the guy from the Kindred Birthday stamp set four times and colored them with my Copic Markers. The colors I used are shown in my video above! I colored two of them with brown hair, two with blonde hair, two with yellow jackets, and two with green jackets so that I had four guys that were all colored differently with the same markers. So one blonde with a green jacket and one with a blue, and one brown haired guy with a green jacket and a second with a blue jacket! Easy and simple! 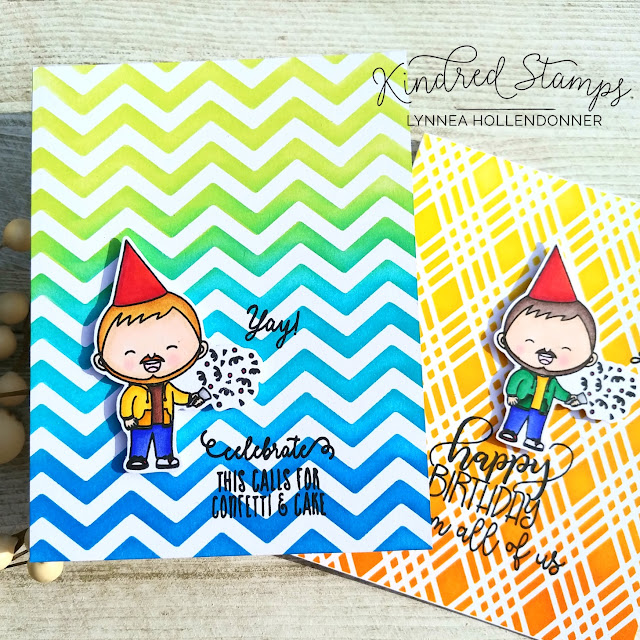 I needed backgrounds for these guy birthday cards, so I grabbed some of my favorite Kindred Stamps stencils! I used Spiced Marmalade, Mustard Seed, and Squeezed Lemonade Distress Inks with the Skinny Plaid stencil and the Swirl stencil. I used Mermaid Lagoon, Peacock Feathers, and Twisted Citron Distress Inks with the Chevron stencil and the Tiles stencil. I added some sentiments from the Kindred Birthday stamp set with Versafine Onyx Black ink and added the guys to the cards with foam squares. And just like that I have four awesome birthday cards for guys! Thanks for joining me!
Posted by Lynnea Hollendonner at 3:00 AM