Hi! I've been having fun with "fun fold" cards lately and today's card gives a little twist to the standard side folding card! I call it an "overhang" card because I don't know exactly what it's called! You'll see what I mean as we get started! And the video below is super helpful in recreating your own overhang card! 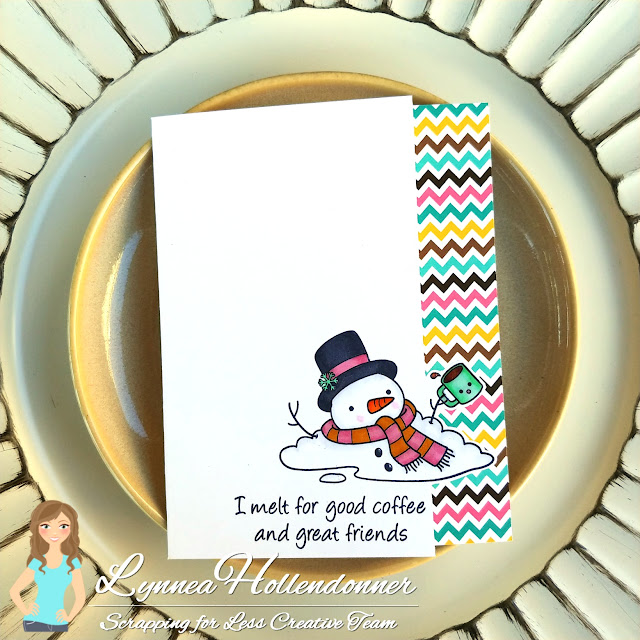 At first glance this card looks like any other, but it's actually all one layer! I used the January 2019 Flavor of the Month card kit from Scrapping for Less to make this card. I started by using some of the white cardstock in the kit to create an A2 side folding card. I love the Coffee Melt stamp set from Your Next Stamp! This stamp set is included in the Banana Split level and it's too cute for words! It's exclusive to the kit, so if you want it make sure you scoop up the kit before it's gone! I stamped the sentiment and melty snowman with some Copic friendly ink and colored him in! 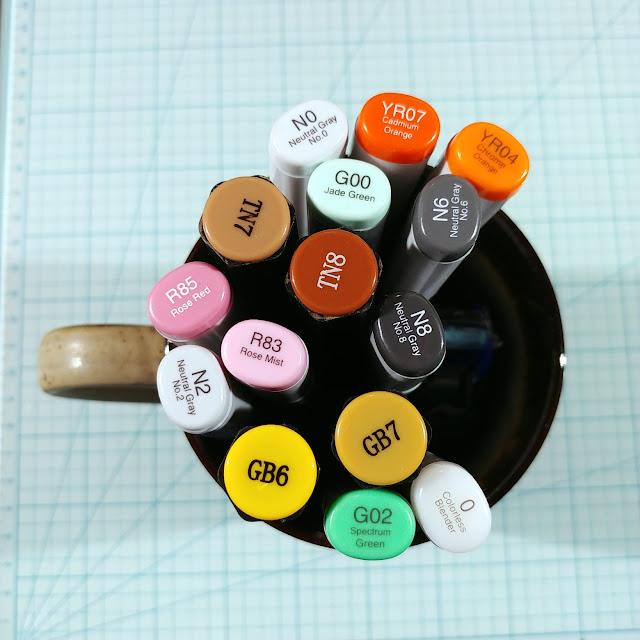 I showed some of the coloring in the video below, but here's a photo of all the markers I used for today's project! 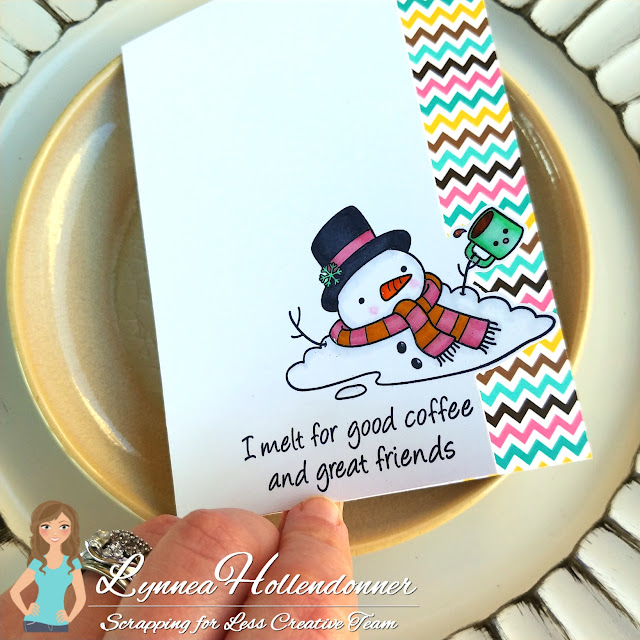 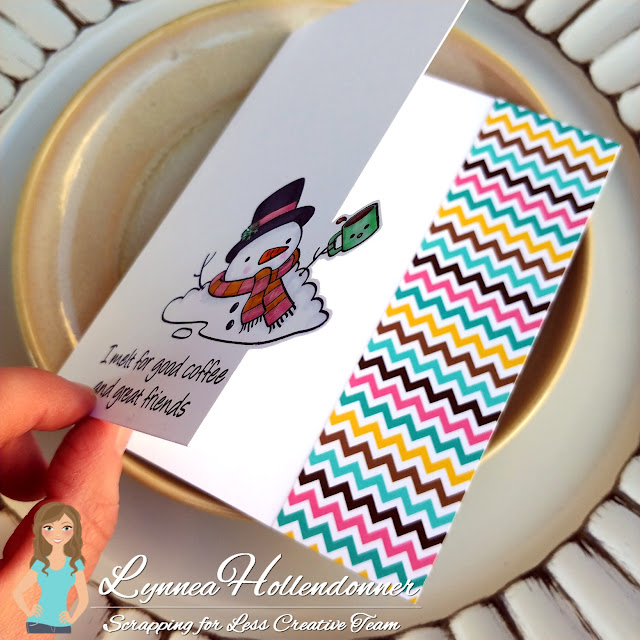 It looks so fun! I added some clear shimmer from my Spectrum Noir sparkle pen to the hat, scarf, and mug and added Glossy Accents for some shine. Check out the process video below!

Posted by Lynnea Hollendonner at 9:00 AM