Hello, everyone! I'm sneaking in to show you some cards I made for the current Simon Says Stamp Monday challenge - make a rainbow! The challenge ends tonight, so there's not much more time to play, but I love to craft under pressure! If you want to join the challenge, click on the image below! 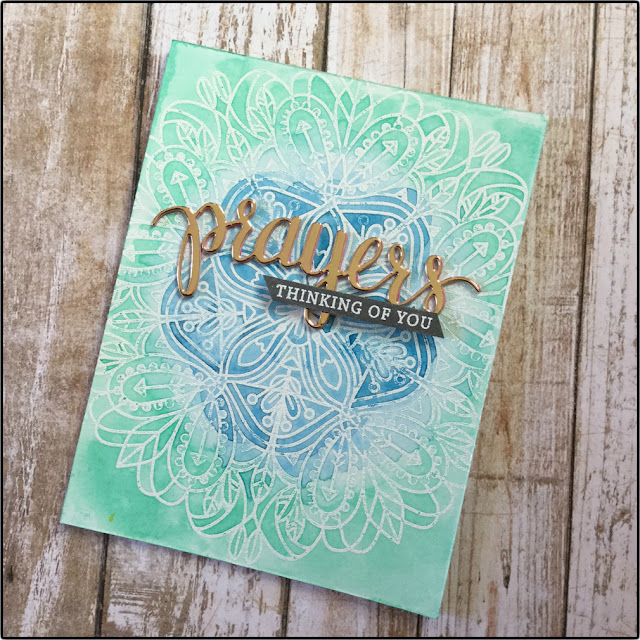 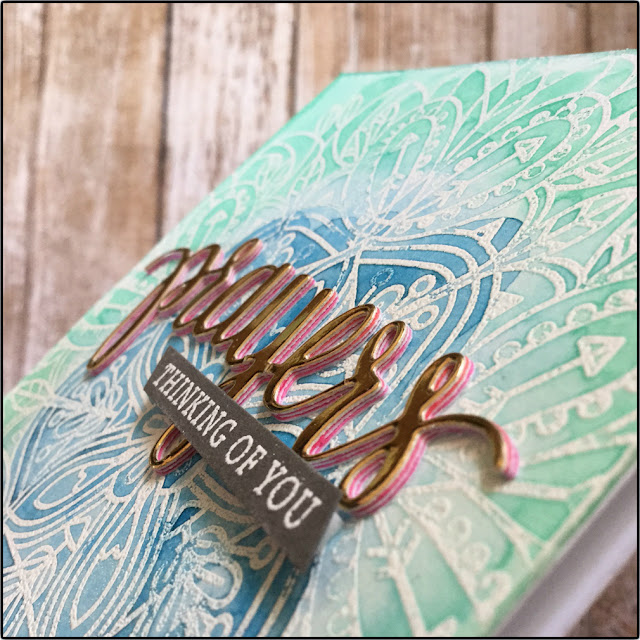 I started by heat embossing the Emma Background stamp from Simon Says Stamp onto some watercolor cardstock. I mixed up some watercolors and painted my background. I used a pretty blue color towards the center and a minty pool color - my absolute favorite! - on the outside. Since the background is so pretty, I wanted a sentiment to be simple. I used the Prayers set from Hero Arts and die cut the sentiment many times from different colors of cardstock. I used some white and some pink and layered them together. I die cut one more from gold foiled cardstock and put that one on top. I love how the pink pops out from the side! Another little peek of a rainbow! I white embossed a coordinating sentiment onto some gray cardstock, trimmed it out, and popped it up with foam squares. 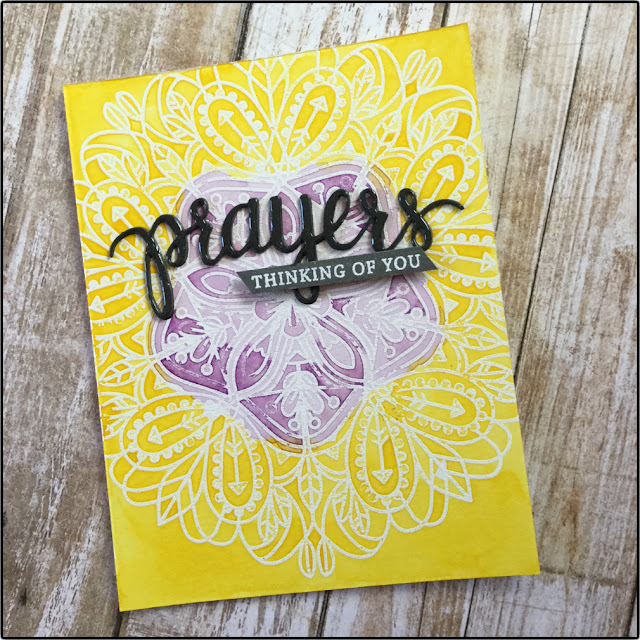 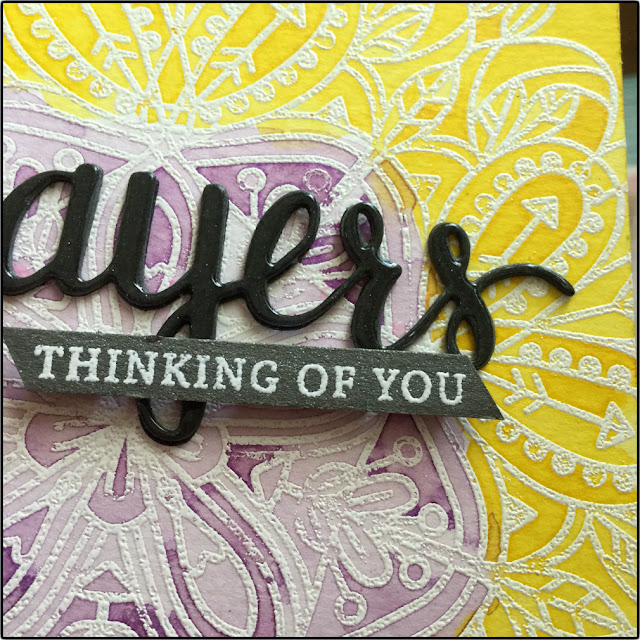 I made this card in almost the same way! I mixed up the sentiment a little by die cutting four layers of black cardstock and glueing them together. I covered the die cut with Wink of Stella and then a thick layer of Glossy Accents. I also added some sparkle to the coordinating sentiment strip. 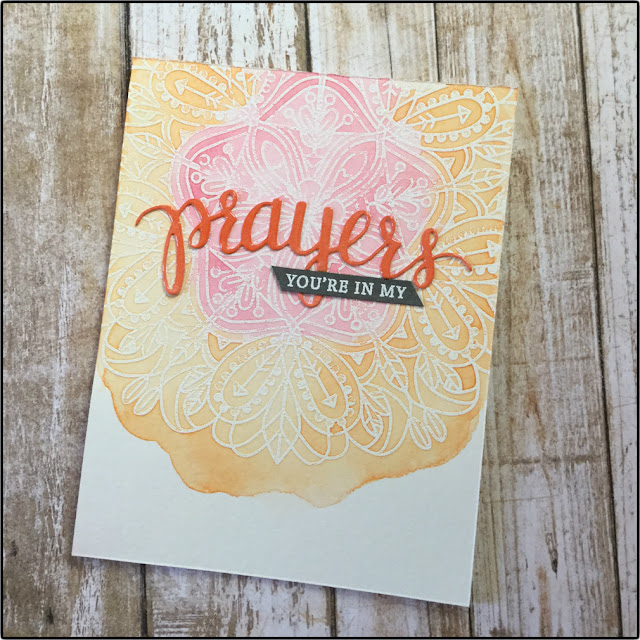 I thought it might be fun to only emboss part of the stamp on the top part of my card...so I did! I watercolored the background the same way, a dark color in the center and a lighter color around the outside. I die cut a peachy color cardstock and covered it with Wink of Stella and Glossy Accents. 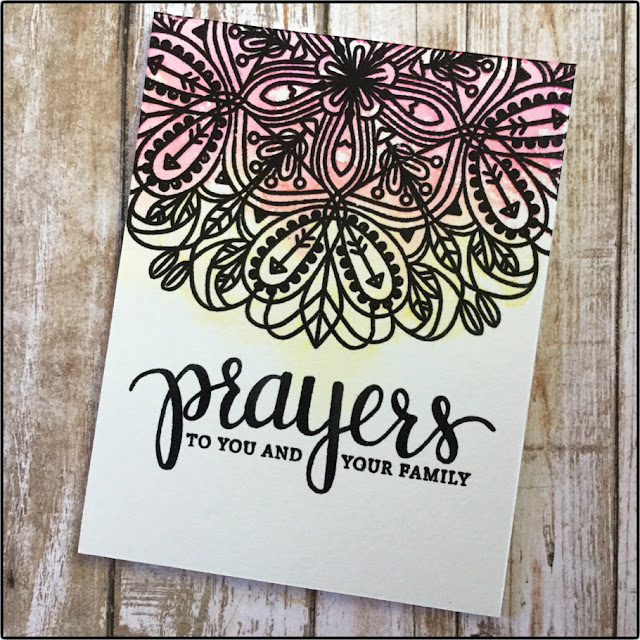 Last one! This one is a bit different! I started by stamping the background stamp with Squeezed Lemonade and Picked Raspberry Distress Inks. Then I used a Distress Ink bleed technique from Jennifer McGuire! I just sprayed the cardstock with a bit of water and let the color move around. Once the ink was dry I used my MISTI to stamp right on top of where I originally stamped with Versafine Onyx black ink and embossed it with clear powder. I wanted to keep this a one layer card, so I used the same black ink and clear powder to add a sentiment to the bottom of my card.

That's all of them! I hope you take some inspiration from my rainbow backgrounds!

Posted by Lynnea Hollendonner at 4:23 PM