Hey everyone! I'm back again because it's the start of a new challenge at the Tis the Season challenge blog!! Check out the color inspiration below: 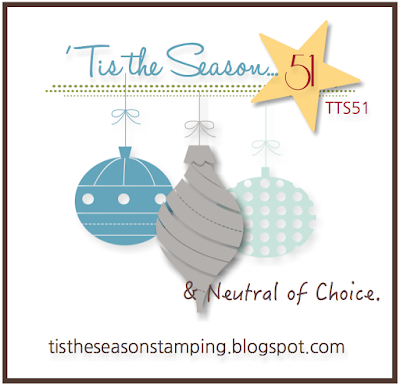 Aren't those colors just gorgeous! They are Sky, Slate, and Marina! The possibilities are endless!! Here's my take: 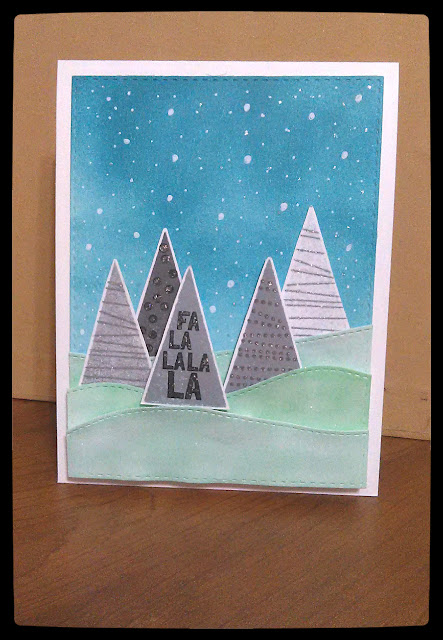 I created a snow drifts scene, which are some of my favorite Christmas cards to make! I inked my snowdrifts pieces with Studio Calico Mint Hint and Glass Slipper inks. I overlapped the inks and used light inking and heavy inking to try and get a gradient effect. For my sky I used Broken China Distress ink. I wasn't too concerned with a smooth blend. I think leaving the blend splotchy makes it seem more realistic. 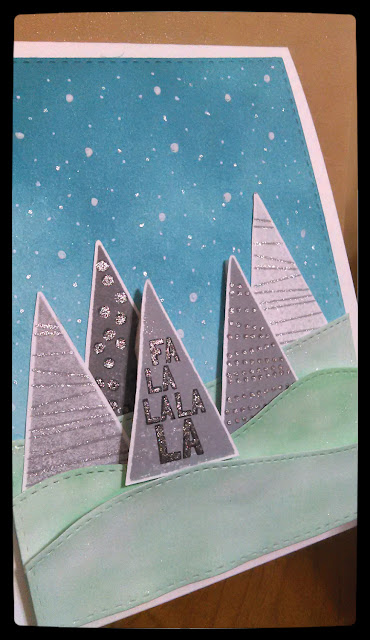 I used some Studio Calico Clean Slate ink for my trees. I used the Christmas Tree stamp set which came with a class from last year. I used first, second, and third generation stamping and I double and triple stamped as well to get different shades of trees. I did the same when decorating the trees as well. Once they were all stamped I used my Sakura glitter pen for some silvery shimmer and cut them out. 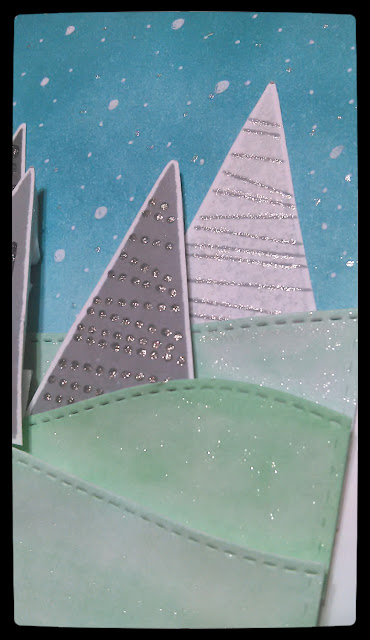 I thought my scene was lacking a little oomph, so I added some stars with my white Gelly Roll pen and the Sakura shimmer pen. I also used a heavy application of Wink of Stella on my hills. The glitter blended the inks giving the hills the hills an uneven appearance, but I like it! It looks like drifts of snow on the hills!

I put my scene together using tape runner and various heights of foam tape for dimension.

That's it! I do hope you will join in our color challenge at Tis the Season!! Until next time!! 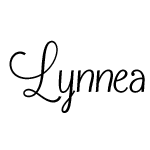 Posted by Lynnea Hollendonner at 9:42 AM