Faking On the Line Die Cuts

Hello, fellow crafters! I'm posting this from my phone, so please let me know if the photos are crappy! I will redo them later! It's just been so long since I posted that I was getting kind of itchy to post a few cards!!

I made a set of five cards yesterday using some Tim Holtz and American Crafts products. Here they are!! 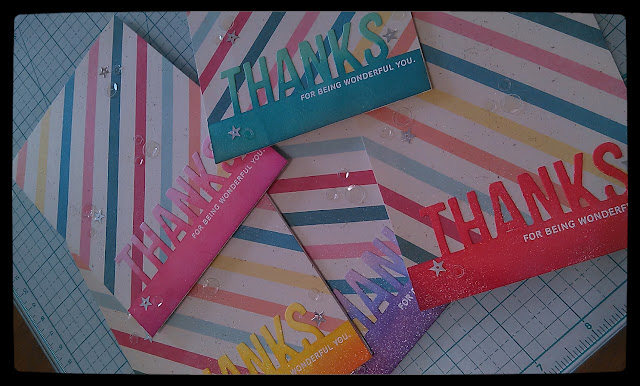 As I said, I created a set of 5 cards. I purchased a set of Tim Holtz alphanumeric dies. It was a set of 102 individual dies, but I really wanted to see if I could fake the "on the lines dies" that were popular a while back. It took some trying, but I finally did it with partial diecutting 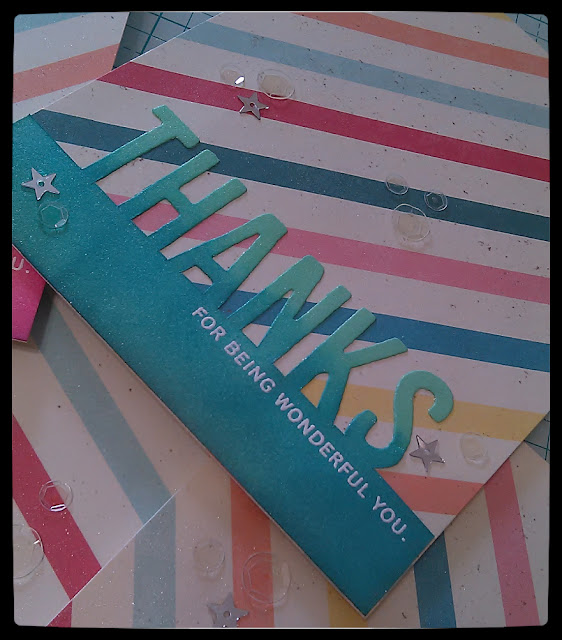 I lined my individual letters up using a ruler and then picked them up with a piece of painters tape so that I could get better placement. Then I lined them up on a piece of Neenah 110lb cardstock and placed the paper and dies onto my Big Shot platform. Rather than covering the whole die with the top plate, I left just a tiny bit of the bottom of the die sticking out. After I cut out the letters I used my craft knife to cut between the letters and from the left to the "t" and the right to the "s" making it look like the letters were peeking out from the paper. 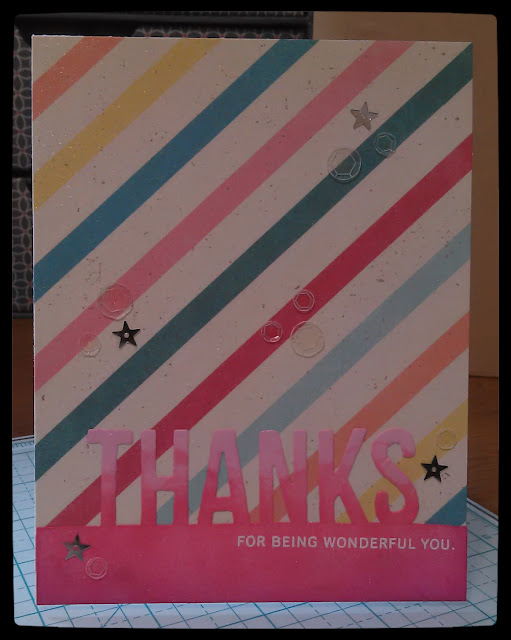 After I had my diecuts all trimmed up, I pulled out a bunch of my Distress Inks to give the papers a gradient ombre effect. Each piece uses at least two colors, but most use three. I could have inked my paper before die cutting, but I wanted to make sure the pieces were evenly colored. 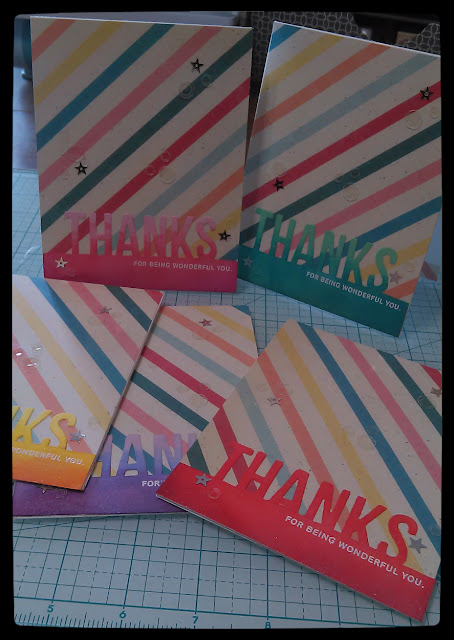 After my pieces were all inked up I used white embossing powder to emboss a sentiment I found in the stamp set from the Simon Says Stamp January card kit. I stuck the pieces down on to a piece of striped paper and glued some sequins on as well. I thought the cards were missing some sparkle, so I spritzed the cards with a sparkle spray from AC.

And that's it! Quick and easy once I got the diecutting down!! See you next time!

Posted by Lynnea Hollendonner at 5:39 PM