Hello! I hope your Christmas was as wonderful as mine! My holiday season is still in full swing! Christmas Eve was spent at my parent's house as well as Christmas morning. Then Christmas evening we went to my husband's parent's house. I worked Friday and Saturday and I'm heading in to work again shortly. Tomorrow we will be making a return visit since more family is coming in. Tuesday we're going back up to my parent's house. Then New Year's Eve will be spent there as well and New Year's Day at my grandma's house! Whew! I feel like I haven't slept in ages!!

...Hence the reason that the cards for this card kit are being posted so late - I've made a few cards, but not as many as usual. This kit was all about embossing - something I'm relatively new to, so it was nice that 2 very nice powders came in the kit. I'm starting to build up my stash of powders! 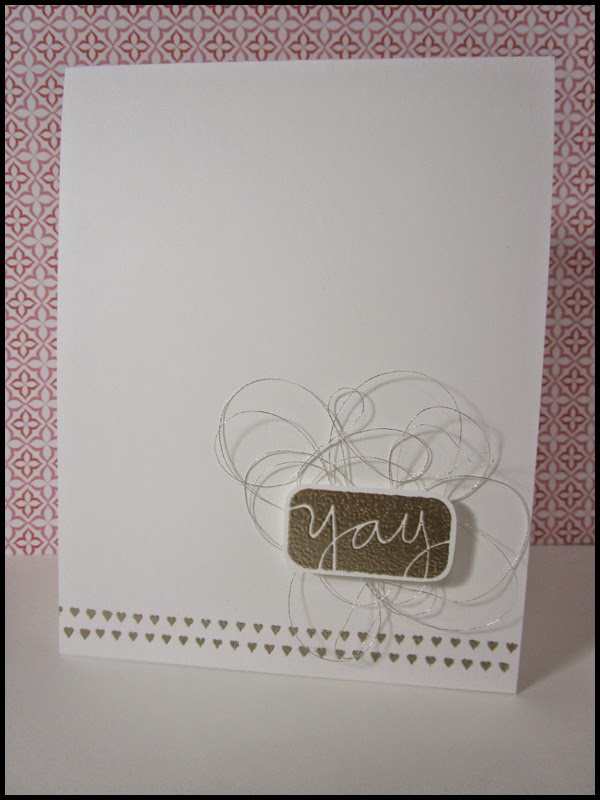 I want to start by saying that I took inspiration for this card from Lucy Abrams - you can find the blog post on her card here. Okay, now that that's out of the way - I started with a top folding A2 card base from Neenah cardstock (do you ever get tired of hearing that?). Next, I used the tiny hearts stamp from the stamp set to stamp two rows of hearts. I used my embossing ink and sprinkled on some of the Ranger Liquid Platinum powder. This powder is simply WONDERFUL! I love it! I stamped the "yay" rectangle sentiment on a piece of scrap Neenah cardstock and heat embossed that with the Liquid Platinum powder as well. I used my scissors to fussy cut around the sentiment leaving a small white border. 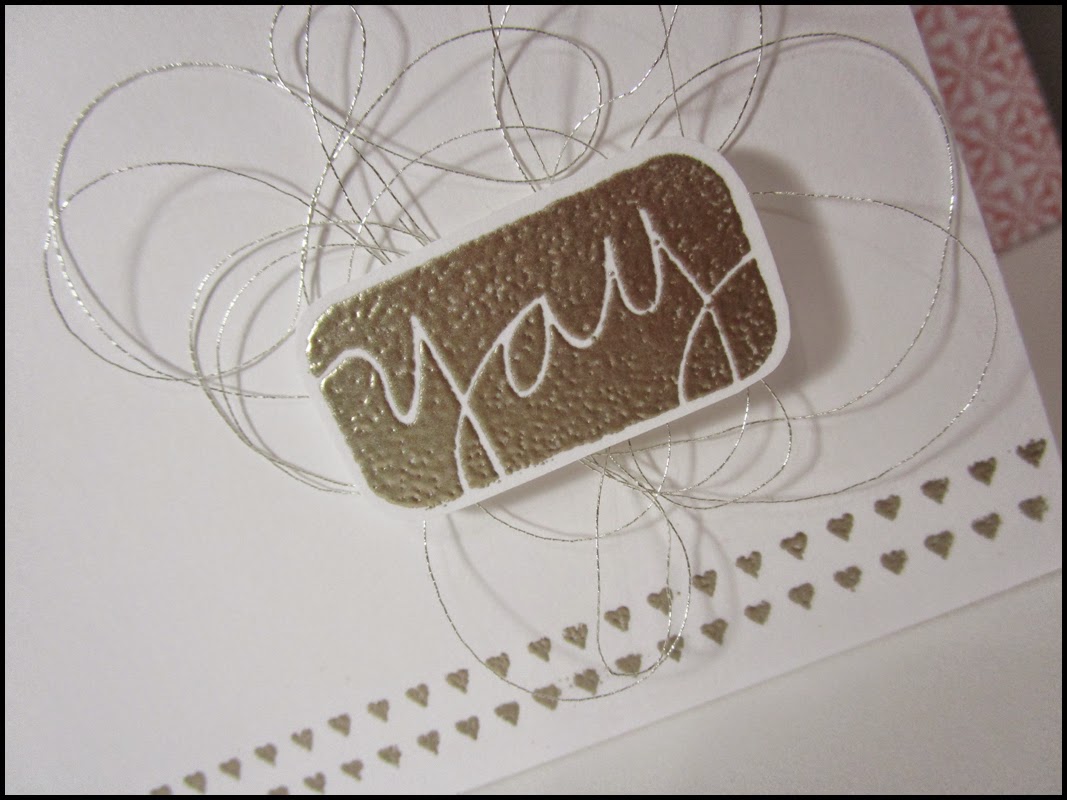 I've been playing around with the thread thing that everyone's been doing lately...and I think I'm finally getting the hang of it! I took some silver thread and wound it around my fingers and placed it onto my card base and played with it a bit until I got the look I wanted. Then I applied some foam squares to the back of my sentiment and pushed it down onto the card. The foam squares will adhere the sentiment to the card, as well as hold the thread down.

That's it! I hope to start bringing you more cards on a regular basis after the new year. I've bought myself a planner and I'll be using it daily! I always loved planners in college, but after I graduated I never used one. Now they seem to be all the rage again, so I figured I should jump on the bandwagon! Have a great day!

Posted by Lynnea Hollendonner at 10:24 AM